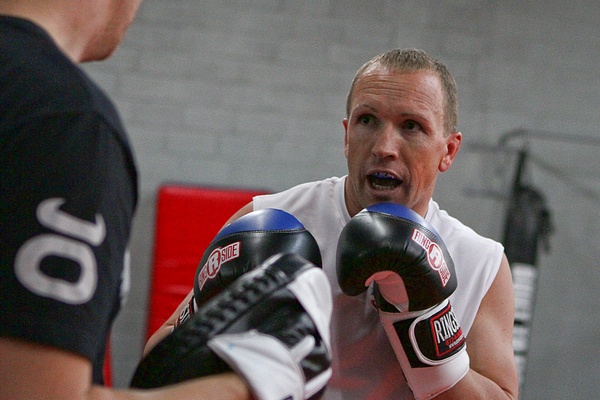 ALBUQUERQUE, N.M. -- These days, Travis Marx isn’t nearly as trusting as he was prior to the December 2010 mixed martial arts event that would come to be known as “The Dominican Disaster.”

You can forgive the Jackson’s MMA representative if he wasn’t exactly doing back flips when he first received his contract to join Bellator Fighting Championships this past December. After all, the document made no mention of the bantamweight tournament in which Marx was supposed to compete, and he was also unsure of the source who had referred him to the promotion, a friend in Florida with no tangible Bellator connections.

By the time he received the document, it was nearly a year to the day since Marx had fought for free at the ill-fated Nemesis Fighting “MMA Global Invasion” event, and the former Utah State highway patrolman was beginning to feel just a tiny twinge of doubt in the back of his mind.

“I definitely get gun shy,” Marx admitted to Sherdog.com. “Even in the Dominican, I knew I wasn’t getting paid when I fought there. I fought anyway. [Little things] do make me skeptical.”

Marx needn’t have worried. The source of confusion regarding his contract turned out to be a missing cover sheet that guaranteed his entry into Bellator’s Season 6 bantamweight field. Once Marx received that vital piece of information, the deal was done.

With his mind at ease, Marx can now focus on the greatest opportunity of his 22-fight career: a bout against Masakatsu Ueda at Bellator 64 in Windsor, Ontario, Canada. The fighter known as “T-Train” is part of an eight-man bantamweight field that also includes Hiroshi Nakamura, Alexis Vila, Ed West, Marcos Galvao, Rodrigo Lima and Luis Alberto Nogueira.

Lima will square off with Nakamura on Friday night, while the remaining two quarterfinals -- West-Galvao and Vila-Nogueira -- will take place at Bellator 65 on April 13.

Ueda is a former Shooto 132-pound champion and the No. 6-ranked bantamweight in the world. While the Japanese standout has never competed in the United States, it is Marx who feels like he will be the unknown commodity on fight night.

“People are talking about me because of my record [18-3, 1 NC], because that’s why they potentially brought me in,” Marx said, “but I’m unknown to anybody on a big platform, and I’m OK with that.”

A three-time Utah state high school wrestling champion, Marx began his career training with Jeremy Horn’s Elite Performance Team before relocating to Jackson’s MMA in 2010. The vast majority of Marx’s victories have come in his home state of Utah, including several under the banner of Horn’s Elite Fight Night promotion.

Marx will carry a three-fight winning streak into his matchup with Ueda, having bested Trevor Mellen, Ray Robinson and Mikey Lovato in 2011. His two most recent victories came in a combined 2:34, but Marx does not expect a similar romp against Ueda, who has only been defeated once in 18 professional outings.

“I wish I had one fight in between my last fight, and I wish my last two fights would’ve been a little more competitive,” he said. “I definitely have momentum on my side. I feel like I’m going to be peaking just right, fighting a guy that’s [world-ranked].”

For a man whom many teammates regard as one of the sport’s true good guys, the chance at a larger stage has been a long time coming.

“I’ve worked long and hard. Here at the gym I get a lot of that: ‘Aw man, just waiting for your break,’” Marx said. “I feel like I’ve put my time in. I feel like this opportunity is what I came here for.”