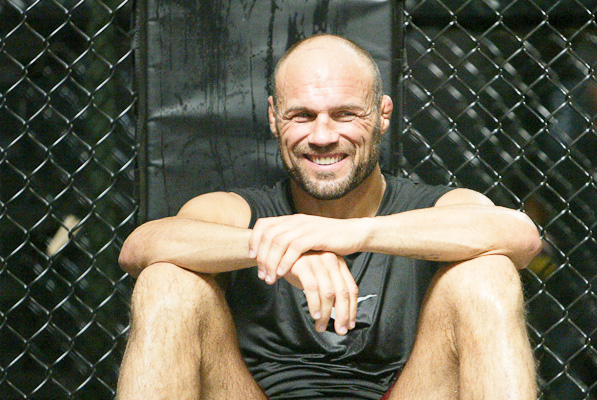 
Chael Sonnen is set to compete against Andre Galvao at Metamoris 4 in Los Angeles this weekend, but following warnings from the Nevada Athletic Commission regarding a $250,000 fine for each test failure if he does participate, Sonnen is reportedly having second thoughts.

As of Tuesday, Metamoris officials told Sherdog.com that they still expect Sonnen to compete on Saturday. However, Randy Couture’s manager, Sam Spira, revealed that Sonnen reached out to "The Natural" about taking his main event spot if he was forced to pull out.

Due to previous obligations, which include an “Expendables 3” press junket on Saturday and Sunday and the Los Angeles premiere of the film on Monday -- as well a “Gym Rescue” premiere on Sunday -- Couture simply could not clear his schedule enough to compete at Metamoris in place of Sonnen.

“If there had been more time, and no pending obligations, it might have happened,” Spira said.

Couture has not competed in the Octagon since 2011, but he holds a “no-gi” black belt, which he was awarded following his win over James Toney at UFC 118 by jiu-jitsu instructor Neil Melanson. Couture also battled decorated jiu-jitsu practitioner Ronaldo Souza to a draw in a submission wrestling contest in 2006.

« Previous The Savage Truth: Tough Choice for Sonnen Next Report: Chael Sonnen Planning to Compete at Metamoris 4 Despite NAC Threat »