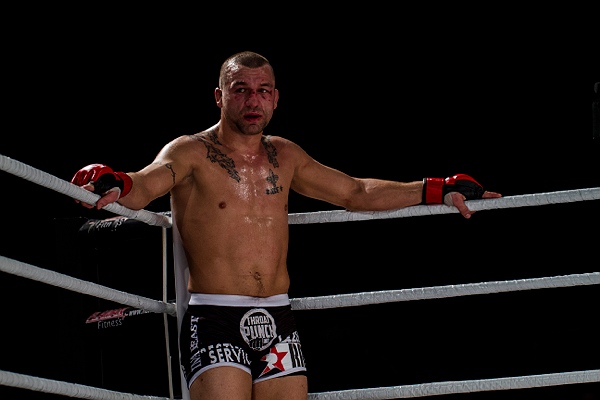 Promotion officials confirmed the signing via Twitter on Tuesday afternoon, and Sherdog.com verified the news with a source close to the organization. While the exact date of Mutapcic’s promotional debut is currently unknown, the 26-year-old will carry with him a five-fight winning streak when he does appear under the WSOF banner.

The Iowan joined the MFC last August, earning a first-round knockout over Jacen Flynn before capturing the organization’s vacant middleweight title in a third-round stoppage of “Ultimate Fighter” vet Joseph Henle. “The King” defended his crown for the first time against another “TUF” alum in Sam Alvey, taking a unanimous decision from “Smilin’ Sam” on Feb. 15 at MFC 36. A 15-fight pro, Mutapcic has gone the distance just four times and has never been finished in more than five years of competition.

WSOF premiered last November in Las Vegas and held its sophomore show on March 23 at Revel in Atlantic City. Both main cards aired live on NBC Sports Network and were headlined by former UFC heavyweight champion Andrei Arlovski, who knocked out Devin Cole at WSOF 1 before dropping a unanimous decision to fellow UFC alum Anthony Johnson at WSOF 2.