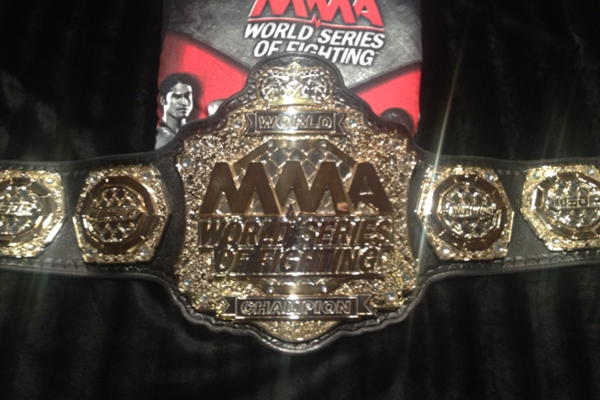 The World Series of Fighting has taken another step toward crowning its first world champion.

A source close to the WSOF forwarded images of the promotion’s new championship belt to Sherdog.com on Tuesday, stating that the WSOF plans to hold its first title fight in early 2014. While the weight at which the fight will be contested is not yet determined, Sherdog’s source said that middleweight and light heavyweight are the most likely options.

The WSOF has already announced a middleweight title tournament, which will feature Jesse Taylor, Elvis Mutapcic, David Branch and Danillo Villefort. Bracket pairings have not yet been announced, but the first semifinal is currently slated to take place Aug. 18 at WSOF 4, while the bracket’s second half will be decided the following month at WSOF 5.

Regarding a potential light heavyweight title tilt, the landscape is less concrete. Sherdog’s source asserted that both tournament and single-fight options are being considered in preliminary discussions.

WSOF returns to NBC Sports Network on June 14, when the organization’s third event goes down at Hard Rock Hotel and Casino in Las Vegas. The bill is topped by a welterweight rematch between UFC veterans Jon Fitch and Josh Burkman, and will also see ex-UFC talent Jacob Volkmann take on former Strikeforce standout Lyle Beerbohm at 155 pounds.