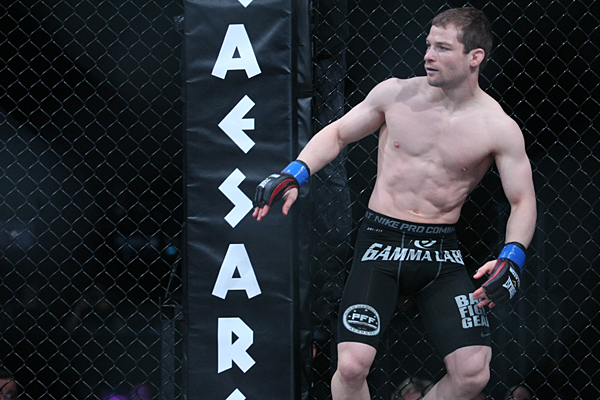 Zach Makovsky will look for a new title in November. | Keith Mills/Sherdog.com

A former Bellator bantamweight champion, Makvosky got back on the winning track in May, when he took a unanimous decision against Claudio Ledesma at CFFC24. From June 2010 to October 2011, “Fun Size” posted a 6-0 record in the Bellator cage. He would relinquish the 135-pound belt to Eduardo Dantas at Bellator 65 and then was released by the promotion following a loss to Anthony Leone last December.

Manzanares has competed three times under the RFA banner. After losing to Aaron Ely via second-round guillotine choke at RFA 3, the Black Dragon Martial Arts representative has bested Kevin Gray and Steve Swanson in his last two outings with the promotion. Manzanares has earned all five of his professional victories by knockout, technical knockout or submission.
Related Articles
Latest News
ALLUFCBELLATORPFLONE