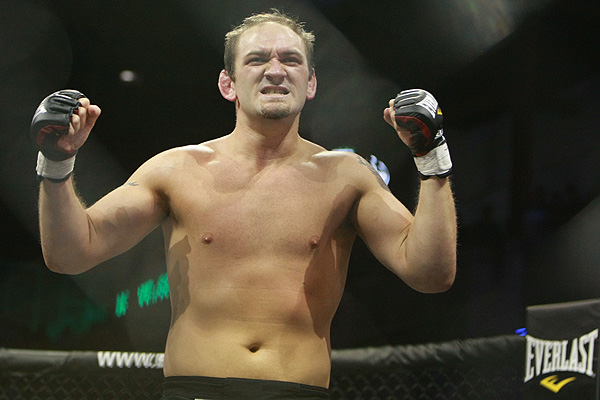 
A planned welterweight clash between Zak Cummings and Alberto Mina has been scratched from Saturday’s UFC Fight Night 37 bill.

Cummings was expected to weigh-in eight pounds over the welterweight limit, and Mina did not agree to fight at a catch-weight, according to a UFC announcement. Mina will be paid both his show and win money.

A 19-fight pro, Cummings has won six of his last seven fights and introduced himself to UFC fans as a cast member on “The Ultimate Fighter 17.” The 29-year-old made his welterweight debut on Aug. 28, scoring a first-round submission win over Ben Alloway at UFC Fight Night 27.

Mina, meanwhile, has been perfect through 10 pro outings, earning all of his victories by either knockout or submission. The Brazilian most recently competed this past December, when he knocked out Glenn Sparv under the Singapore-based Rebel Fighting Championship banner.