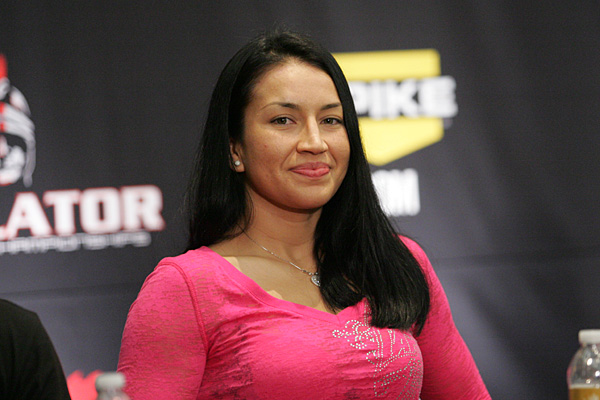 Gurgel, 29, will make her Invicta debut against three-year pro Jennifer Maia at the promotion’s next show, which is expected to take place in April.


Advertisement
“I am excited to join Invicta FC, where the best women fighters in the world are competing,” Gurgel stated in a release. “Invicta FC has become more than just a promotion -- it’s evolved into an entire movement for women’s MMA, and I’m proud to represent that movement while continuing to fight and beat the best opponents out there.”

According to a source with knowledge of the situation, Gurgel’s Bellator contract recently expired, and the promotion elected not to pursue a new deal and surrendered its right to match. The organization is expected to hold a women’s 125-pound tournament in the future.

Known as “Warrior Princess,” Gurgel returned from knee surgery this past October to outpoint Casey Noland but was submitted by Jessica Eye on Dec. 7, succumbing to a standing arm-triangle choke in just 58 seconds. Though Gurgel has competed more recently at flyweight, the Ohioan captured Bellator gold at 115 pounds, outpointing Jessica Penne, Jessica Aguilar and Megumi Fujii to win Bellator’s Season 3 tournament in 2010.

Like Gurgel, Maia will make her Invicta debut in April. After beginning her career a perfect 4-0, the Brazilian has gone 2-2-1 in her last five bouts, most recently earning a unanimous decision victory over Jessica Andrade under the Samurai FC banner on Dec. 15.
Related Articles
Latest News
ALLUFCBELLATORPFLONE