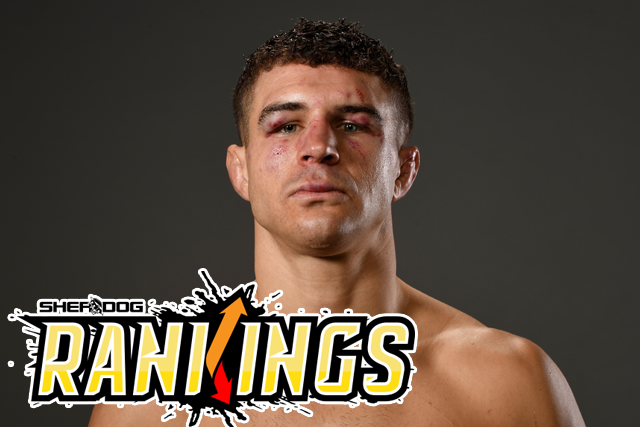 The Serra-Longo Fight Team standout improved to 2-0 against Lee, as he outpointed “The Motown Phenom” in the UFC on Fox 31 headliner in Milwaukee. While Lee came in with some hype as a future title contender, Iaquinta outboxed his opponent and survived a couple precarious positions for his sixth victory in his last seven UFC outings. His only loss in that stretch? Reigning lightweight king Khabib Nurmagomedov. As a result, Iaquinta moves to the No. 7 spot in our 155-pound rankings, while Lee falls to eighth.

Elsewhere, Ilima-Lei Macfarlane strengthened her grip on the No. 2 spot in the female flyweight division with a third-round submission of former UFC strawweight title challenger Valerie Letourneau in the Bellator 213 headliner. Macfarlane hasn’t surpassed UFC champ Valentina Shevchenko yet, but she’s clearly the face of Bellator’s female roster and a budding star in the sport. Meanwhile, Invicta Fighting Championships atomweight queen Jinh Yu Frey edged Minna Grusander via split decision in a five-round championship rematch at Invicta FC 33. Neither Frey nor Grusander changes positions in the 105-pound poll following the closely-contested affair.