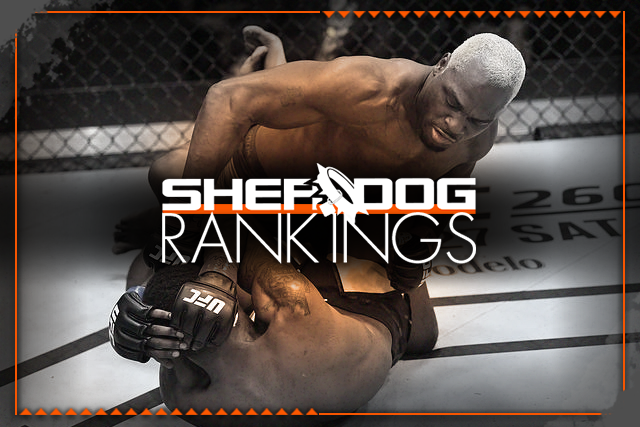 
Derek Brunson let his wrestling do the talking at UFC on ESPN 21.

The 37-year-old North Carolina native halted the climb of Kevin Holland, who was all too content to chat away from his back as Brunson grounded him repeatedly en route to a unanimous decision victory in Saturday’s main event at the UFC Apex in Las Vegas.

Brunson has now won four straight bouts at 185 pounds, his longest winning streak since a five-fight tear from August 2014 to September 2016, and climbs back into Sherdog.com’s middleweight Top 10. Holland’s perplexing effort sees him fall to the bubble at No. 11.

Elsewhere, former bantamweight contender Marion Reneau tumbles out of the rankings after falling to Macy Chiasson at UFC on ESPN 21, her fourth consecutive setback. That clears the way for Tracy Cortez to join the 135-pound poll at No. 15.