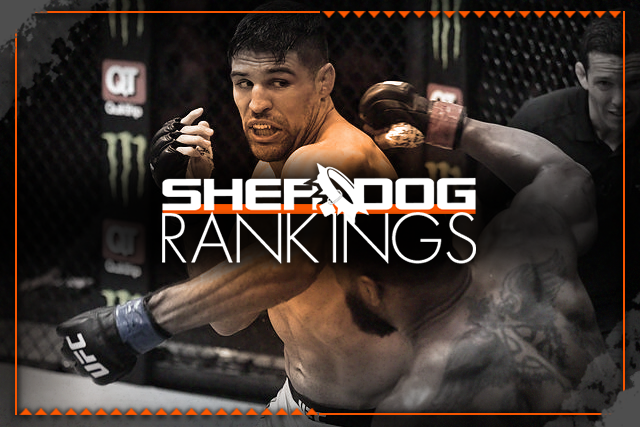 
While Francis Ngannou (deservingly) received the lion’s share of the attention at UFC 260, Vicente Luque took yet another important step in the evening’s co-headliner.

By vanquishing ex-champ Tyron Woodley with a first-round brabo choke in a “Fight of the Night” winning effort, Luque earned the type of high-profile win that initially eluded him when he fell to Stephen Thompson at Madison Square Garden in November 2019. With victories in nine of his last 10 outings, the 29-year-old Brazilian’s accomplishments can no longer be overlooked. As a result, he joins Sherdog.com’s welterweight rankings at No. 11, one spot behind “Wonderboy,” who received a boost thanks to recent events.

Woodley, while he looked better than he had in recent performances, has still lost four consecutive fights and has not been particularly competitive in most of his recent rounds. That sends him plummeting from No. 8 all the way out of the welterweight rankings.