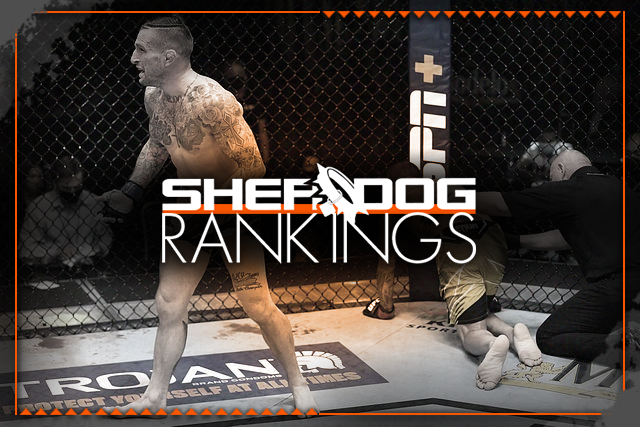 
Rumors of Gregor Gillespie’s demise have been greatly exaggerated.

Competing for the first time since November 2019, the four-time NCAA All-American wrestler from Edinboro University returned to the win column at UFC on ESPN 24, as he drained Diego Ferreira’s gas tank en route to a technical knockout stoppage in the second round at the UFC Apex in Las Vegas on Saturday night. With the victory, Gillespie erases the bitter taste of a head-kick KO defeat suffered against Kevin Lee at Madison Square Garden and returns to the Sherdog.com lightweight rankings at No. 14. Ferreira, who missed weight badly, faces an uncertain future at 155 pounds as he falls out of our divisional poll.

Elsewhere, Neil Magny remains one of the sport’s most underrated talents in the welterweight division, as he won for the fourth time in five outings by besting the heavy-handed Geoff Neal in another featured bout at UFC on ESPN 24. Magny is now one win away from tying Georges St. Pierre for the most wins in UFC welterweight history, and his latest effort allows him to take over Neal’s No. 15 spot in the 170-pound rankings.