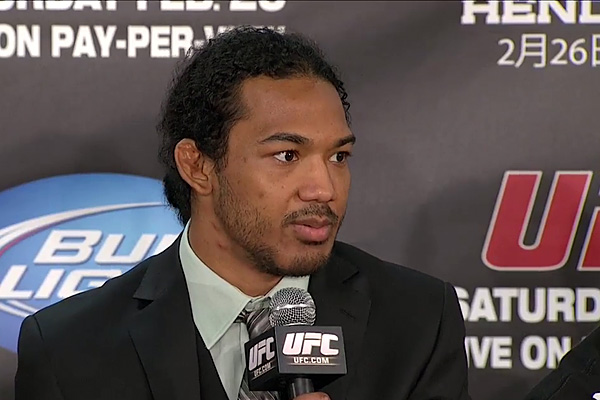 The Saitama Super Arena has hosted a healthy amount of great lightweight bouts. Few were ever as intense and competitive as Benson Henderson’s title capture against Frankie Edgar to cap a rousing UFC 144 in the UFC’s return to Japan after an 11-year absence.

In a 25-minute back-and-forth affair that divided onlookers, Henderson’s heavy kicking and scrambling ability earned him a unanimous decision victory and the top spot in perhaps MMA’s finest weight class. However, true to Frankie Edgar form, one good turn deserves another: both Henderson and Edgar have already agreed to write a second chapter to their rivalry for the UFC lightweight title this summer.

March 3 in Sydney, Australia, Demetrious Johnson and Joseph Benavidez departed from 135 pounds where they both challenged for Dominick Cruz’s throne, and entered the UFC’s flyweight championship tournament. While Benavidez boldly sounded his arrival with a second-round smashing of former Shooto world champion Yasuhiro Urushitani, Demetrious Johnson’s situation was a bit pricklier.

First, Johnson thought he had won a split decision over the sport’s No. 1 flyweight, Ian McCall. Then, it seemed had won a majority decision. Then, it turned out that a recording error at the scorekeeper’s table had occurred, and a majority draw was in fact the correct verdict. The bizarre debacle’s silver lining? Both fighters emerged healthy and have agreed to rematch in the near future, potentially giving us another “Fight of the Night.”

Quinton Jackson and Yushin Okami fell from their comfy top-five perches, too. Which perennial standout will be next to fall in 2012’s shakeup?