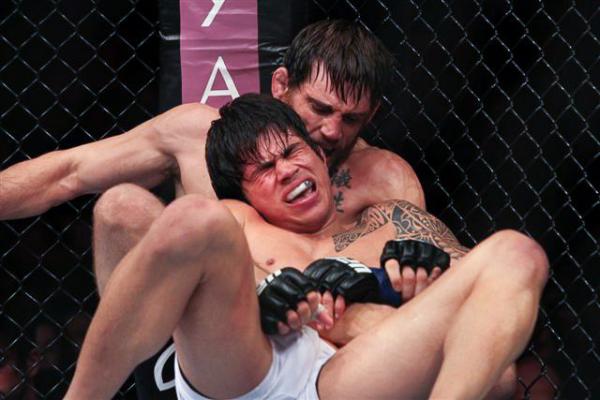 To say that the ranking-bound impact of UFC 153 took a hit due to a string of injuries would be an understatement. However, the Octagon’s third trip to Rio asked perennial top-10 fighters to restate their case for greatness and they answered the call.

While fights like Jose Aldo-Frankie Edgar and Glover Teixeira-Quinton Jackson fell by the wayside and though Anderson Silva’s one-sided thumping of Stephan Bonnar was light on relevance, it still witnessed the likes of year-in, year-out welterweight stalwart Jon Fitch putting on a career-defining performance by topping hot Brazilian prospect Erick Silva in thrilling fashion. Almost unfathomably, the bout was just Fitch’s first official win in over two years and a much-needed signal to MMA onlookers that the AKA product still has plenty to offer at 170.

Antonio Rodrigo Nogueira might be in the twilight of his career, but “Minotauro” still showed himself a class above your standard heavyweight, boxing Dave Herman up before armbarring him in the second round. On the other side of the coin, Phil Davis is still young in his MMA career, but “Mr. Wonderful” answered critics with ragdolling of previously unbeaten Brazilian Wagner Prado, reminding folks that a loss to Rashad Evans isn’t the end of the world.

UFC 153 also witnessed aforementioned 205-pound stalwart Glover Teixeira notching his second UFC win while veteran Damian Maia got his second victory in as many outings at 170 pounds. Neither crack this edition of the top 10, but their wins have them on the doorstep of getting listed.