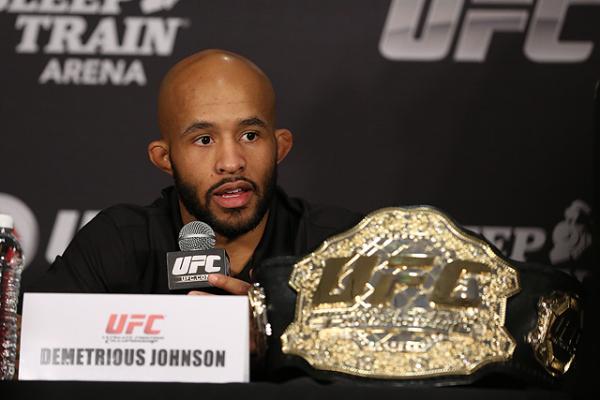 As the ruler of the Ultimate Fighting Championship’s smallest weight class, it is not surprising that Demetrious Johnson has faced his share of skeptics. Time and time again, “Mighty Mouse” has proven the doubters wrong. With his emphatic first-round knockout victory over Joseph Benavidez at UFC on Fox 9, there is no question about Johnson’s standing, both in the division and in the sport overall.

Meanwhile, Urijah Faber, the longtime torchbearer for the lighter weight classes, showed he is not ready to pass anything just yet, as he handily dispatched up-and-comer Michael McDonald in the UFC on Fox 9 co-headliner. Believe it or not, another title shot could be in the near future for “The California Kid.”

Chad Mendes, Faber’s training partner at Team Alpha Male, continued his drive toward a rematch with reigning featherweight king Jose Aldo by outpointing the hard-nosed Nik Lentz. Earlier this month, former heavyweight No. 1 contender Antonio Silva battled to a memorable draw with Mark Hunt at UFC Fight Night 33, while Nate Diaz solidified his status as an entertaining draw with a stoppage of Gray Maynard at “The Ultimate Fighter 18” Finale.

Of course, looming over it all was Georges St. Pierre’s announcement that he would be taking an indefinite leave of absence and vacating his welterweight title. Whether he returns or not, the 170-pound division could be in for some major changes in the months to come.