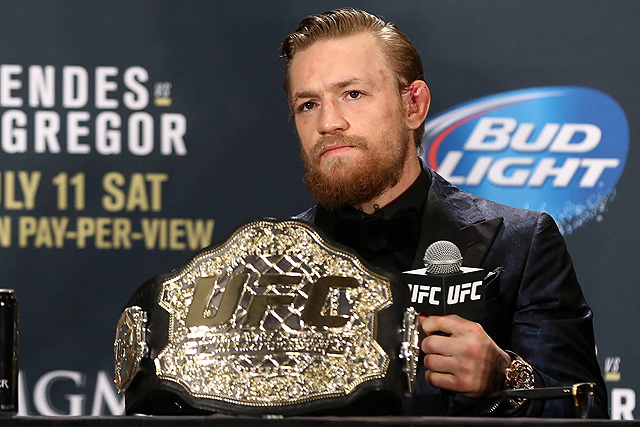 The ever-busy Ultimate Fighting Championship threw its schedule into overdrive for the first half of July. Combined with cards from Bellator MMA and Invicta Fighting Championships, the flurry of MMA activity has created shifts and changes in nearly every division of the Sherdog.com rankings.

HEAVYWEIGHT: Two-time UFC champ Frank Mir re-enters the rankings at No. 10 thanks to his crushing knockout of Todd Duffee at UFC Fight Night on July 15. Formerly 10th-ranked Matt Mitrione falls to the list of contenders.

MIDDLEWEIGHT: Michael Bisping out-struck Thales Leites across five rounds to claim a split decision at UFC Fight Night in Glasgow on July 18. The win puts “The Count” on his first winning streak since 2011 and keeps the Brit ranked at No. 10 amongst the 185-pounders.

WELTERWEIGHT: UFC champion Robbie Lawler remains king of the 170-pounders after stopping No. 3 Rory MacDonald in the fifth round of a bloody, back-and-forth battle at UFC 189. On the same card, Matt Brown knocked down and choked out Tim Means, moving “The Immortal” up one spot to No. 6. The list of contenders also has some fresh faces, namely newly crowned Bellator champ Andrey Koreshkov and rising UFC striker Stephen Thompson; their entrances knock Douglas Lima and Thiago Alves off the contenders list.

LIGHTWEIGHT: Tony Ferguson continues to emerge as a force at 155 pounds, as “El Cucuy” battered former Strikeforce champ Josh Thomson for three rounds on July 15 to retain his No. 9 ranking. Brazilian muay Thai stylist Edson Barboza joins the list of contenders due to Jorge Masvidal leaving the division.

FEATHERWEIGHT: Conor McGregor backed up his words at UFC 189, where the brash Irishman became interim featherweight champion by punching out Chad Mendes late in round two. “The Notorious” moves up three notches to the No. 2 spot formerly held by Mendes, who falls to third place. Meanwhile, Nova Uniao grinder Hacran Dias enters the rankings at No. 10, while previously 10th-ranked Dennis Bermudez falls to the list of contenders after losing to Jeremy Stephens.

BANTAMWEIGHT: Hot prospect Thomas Almeida makes his rankings debut on the heels of his knockout of Brad Pickett at UFC 189. The unbeaten “Thominhas” comes in at No. 10, sending Iuri Alcantara to the contenders list.

WOMEN’S BANTAMWEIGHT: After months amongst the contenders, veteran Tonya Evinger vaults into the rankings at No. 8 after claiming the vacant Invicta bantamweight title with a squashing of Mexican prospect Irene Aldana. Also joining the top 10 is former boxing champ Holly Holm, who put on a strong if not thrilling performance in earning a unanimous decision against Marion Reneau on July 15. The entrance of Evinger and Holm bumps Liz Carmouche and Bethe Correia to the contenders list.

Editor’s note: This item was updated at 9:37 a.m. PT on July 20 to remove Gilbert Melendez from the lightweight rankings due to his one-year suspension. With Melendez’s exit, Al Iaquinta enters at No. 10.