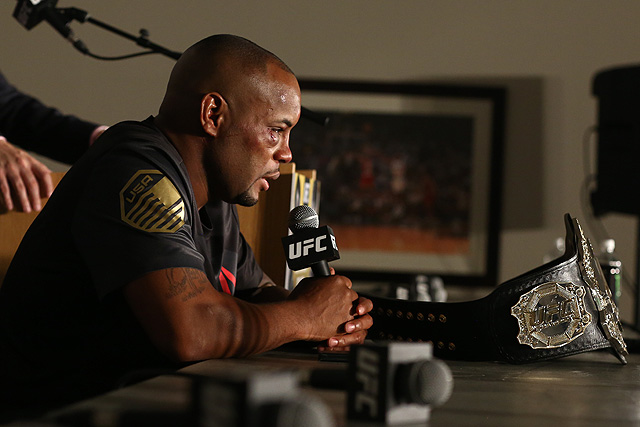 Daniel Cormier retained his newly won Ultimate Fighting Championship light heavyweight title at UFC 192, as the “King of the Grind” outdueled Alexander Gustafsson in a gritty five-rounder on Oct. 3.

Cormier got off to a hot start in Houston but had to battle back from a knockdown in round three after the resurgent Swede landed a big knee. “DC” controlled the fight in the clinch, where he routinely roughed up Gustafsson with uppercuts, and ultimately walked away with a split decision and his belt. The win sets the table for a rematch between Cormier and absent former champion Jon Jones, who could be headed back to the Octagon sooner than later after avoiding jail time on his felony hit-and-run charge. For now, Cormier remains ranked at No. 2 while Gustafsson stays at No. 4.

Another rising 205-pounder, Ryan Bader, continued his climb with a victory in the UFC 192 co-main event. Bader welcomed ex-champ Rashad Evans back to the cage after a two-year layoff, and Bader looked every bit the younger and more active fighter as he repeatedly beat “Suga” to the punch across three rounds. The onetime “Ultimate Fighter” winner continues to chase a title shot; for now, Bader holds at No. 5 in the light heavyweight top 10.

In other UFC 192 action, Joseph Benavidez maintained his place as MMA’s No. 2 flyweight by outpointing former contender Ali Bagautinov, while Julianna Pena claimed the No. 10 spot at women’s bantamweight with a decision win over former No. 9 Jessica Eye.

Finally, No. 5 bantamweight Raphael Assuncao’s one year of inactivity with no upcoming fight scheduled leaves the Brazilian ineligible for ranking. The removal of Assuncao shifts all fighters in the bottom half of the top 10 up one spot, while Bryan Caraway fills the vacant No. 10 slot and Bibiano Fernandes takes Caraway’s place on the list of 135-pound contenders.