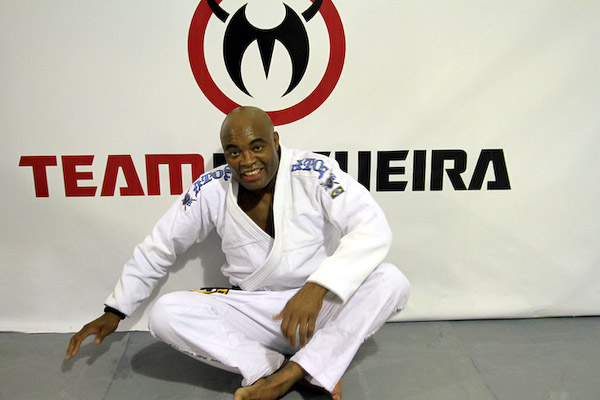 
Already regarded by most as the world’s top pound-for-pound fighter, “The Spider” will have a chance to further cement his legacy come June. Perhaps more importantly, he’ll have a chance to shut the sport’s loudest mouth once and for all. Silva will again put his belt on the line against brash wrestler Chael Sonnen, only this time it will be on the champ’s home turf, an as-yet-unannounced Sao Paulo venue.


Sonnen sealed the deal with a Jan. 28 decision win over Michael Bisping, and now the rematch of the year is on. In June, the trash-talking Oregonian will have the chance to take the belt which he claims his rightfully his, Anderson Silva’s UFC middleweight title, when he heads to Sao Paulo to face champion in hostile territory.


The former Oklahoma State wrestler notched the biggest win of his career on Nov. 5, stopping Chris Leben between the second and third rounds of their UFC 138 main event. The “Filipino Wrecking Machine” appeared to be on the brink of title contention before an elbow injury took him out of his Jan. 28 meeting with Chael Sonnen.


Once more a step away from a title shot, Bisping had his title dreams snuffed out by Chael Sonnen, who handed the Englishman a narrow decision loss in their January encounter. The defeat halted a four-fight win streak for “The Count” which included stoppage wins over Jason Miller and Jorge Rivera.


Belfort had two hurdles in place before the year even started. Last month, he cleared the first with a resounding first-round submission of Anthony Johnson in Rio de Janeiro. Next up: a June rematch with old nemesis and fellow Brazilian MMA icon Wanderlei Silva, which will come at the end of the pair’s stint as coaches on “The Ultimate Fighter: Brazil.”


Less than a year after being released by the UFC for issues stemming from testosterone replacement therapy, “Nate the Great” is back in the Zuffa fold. While no date has been announced, Marquardt is expected to make his welterweight debut in Strikeforce against rising star Tyron Woodley.


On Feb. 26, Boetsch orchestrated one of the most stunning comebacks in recent history, emerging from a two-rounds-to-none hole to knock out Yushin Okami in the third frame of their UFC 144 meeting. With three straight wins at 185 pounds, “The Barbarian” has quickly become an unlikely contender.


After going nearly eight years between stoppage losses, Okami has now been punched out in back-to-back Octagon appearances. The perennial middleweight contender was well on his way to rebounding from an August drubbing at the hands of Anderson Silva when Tim Boetsch surged back to score a comeback win in the third round of their bout at UFC 144.


“All-American” Stann is going international for his next bout. Stann will get back into the Octagon against a like-minded striker in Italian Alessio Sakara in front of the Swedish crowd at the UFC on Fuel 2 on April 14 in Stockholm.


In the first defense of his Strikeforce middleweight title, Luke Rockhold showed the offensive acumen that makes him an interesting up-and-comer in smashing veteran Keith Jardine in the first round. Unfortunately, the oft-injured Rockhold broke his hand, putting the brakes on any discussions his second title defense.

With the entry of Tim Boetsch, previously 10th-ranked Chris Weidman falls to the contenders list.