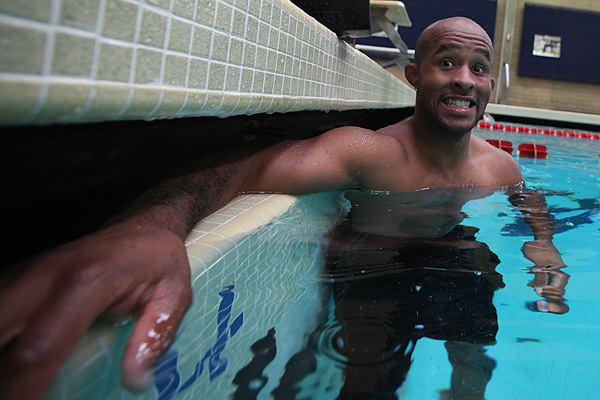 
Johnson’s Sept. 22 triumph over Joseph Benavidez made him the first-ever UFC flyweight champion. In order for the Matt Hume pupil to remain champion, however, he will have to thwart the challenge of “The Ultimate Fighter 14” winner John Dodson. Their bout is the main event of the UFC on Fox 6 card on Jan. 26 in Chicago.


After arguably deserving the nod over Demetrious Johnson in their first meeting in March, McCall admittedly undertrained and underwhelmed in their rematch in June. “Uncle Creepy” will need to have his eye on the ball in his next bout, as he meets fellow 125-pound elite Joseph Benavidez on Feb. 2 at UFC 156.


In just about one year’s time, Dodson has gone from winning “The Ultimate Fighter” Season 14 at 135 pounds to locking up No. 1 contender status at 125. Dodson will get his crack at flyweight gold on the biggest stage of his career, challenging champion Demetrious Johnson in the UFC on Fox 6 headliner come January.


Though “Formiga” entered the Octagon looking significantly larger than his last outing, it did not help him against John Dodson. The onetime ruler of these rankings caught his second loss at the worst possible time, dropping his UFC debut -- and a chance at the company’s newly forged flyweight title -- in a second-round technical knockout to the “The Magician” on Oct. 5.


Benavidez might have lost his bid to become the UFC’s first flyweight champion against Demetrious Johnson in September, but the Team Alpha Male rep is not exactly headed for the dustbin. Benavidez is back in high-stakes flyweight action come Super Bowl weekend, battling Ian McCall at UFC 156 on Feb. 2.


Montague used solid combinations and constant pressure to score a hard-fought split decision victory over former Shooto champion Mamoru Yamaguchi on Christmas Eve in Tokyo. As one of the top 125-pound talents not currently signed to a UFC contract, it seems only a matter of time before the Tachi Palace Fights veteran gets a chance to showcase his skills in the Octagon.


Gaudinot used his grappling to thrill in his May comeback win against Brazilian thumper John Lineker. The green-haired New Yorker was set to return against Darren Uyenoyama on Oct. 5 before an unspecified injury knocked Gaudinot from the bout.


In May, Lineker sizzled but then stumbled in his thrilling fight with Louis Gaudinot. The second performance in the Octagon went much better for the 22-year-old Brazilian prospect, as he hammered Shooto ace Yasuhiro Urushitani for 15 minutes en route to a breakout unanimous decision win.


The once-beaten Arizona Combat Sports representative has made a serious splash with his first two UFC outings. After joining the promotion on short notice and knocking out Ulysses Gomez in August, Moraga outworked Chris Cariaso at UFC 155, submitting the Californian with a third-round guillotine and solidifying his position as one to watch in the UFC’s newest division.


After a nasty knockout loss to Joseph Benavidez in his UFC debut in March, the Shooto standout's second stand did not go much better. Though Urushitani made it to the final bell on Nov. 10 in Macau, he was blasted for 15 minutes by Brazilian upstart John Lineker and dropped a unanimous verdict.