Dong Hyun Kim is a star in his native South Korea. | J. Evans/Sherdog.com


BUSAN, South Korea -- It was a rainy Saturday in Seoul. The gym was nothing extraordinary: mats, heavy bags, a ring and clutter near the coach’s office. It smelled of the sweaty, worn interior of boxing gloves, mildew and urinals that did not quite flush enough. It was empty, save two fighters training diligently.

Perhaps all that stood out from your average gym fare was the music on the stereo: the epic, unmistakable thump of the Pride Fighting Championships fighter parade theme. The playlist shuffled through appropriate follow-ups: “Sandstorm” by Darude, “Wild Boys” by Duran Duran, “Age Age Every Knight” by DJ Ozma -- the entrance tracks of Wanderlei Silva, Mirko “Cro Cop” Filipovic and Akihiro Gono. Though unmistakably cheesy, the music did something to raise the level of the workout.

The date was Oct. 7, 2007. Today, Pride is but a vivid memory. However, more than three years later, that lanky welterweight on the mat, Dong Hyun Kim, has turned out to be one of the UFC’s most promising up-and-coming 170-pounders.

That day, Kim -- not yet known as the “Stun Gun” -- was preparing to fly to Japan and rematch then Deep welterweight champion Hidehiko Hasegawa for the title. Kim had knocked out Hasegawa two months earlier in a non-title affair, removing him from consciousness with a brutal slam with just seconds to go in the fight. Three days later, Kim returned home, winless and beltless. He and Hasegawa battled to a controversial majority draw in a fight most felt Kim won. After everyone took their cut, Kim took home just $300 for his effort. 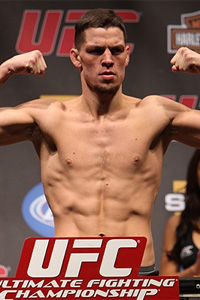 
The disappointment was compounded. As he tore through Deep, racking up a 7-0-1 mark in just 16 months, Kim had been in talks to fight in Pride over the previous few months. In spite of Zuffa LLC’s purchase of Pride in March 2007, he remained hopeful he would get the chance the chance to fight for what was then the biggest promotion in the world.

“Growing up, it was my dream to fight in Pride,” Kim says. “In those days, Pride was much bigger than the UFC, and when I found out that Pride wanted me to fight for them, I was so happy I shouted. Then, I waited and waited for a fight, and the delay went on and on. I was depressed and wasted my time just training and waiting.”

Though Kim has told the story countless times, it still clearly bothers him.

“It wasn’t like I just got a phone call and found out that Pride was gone,” he recalls with genuine sorrow. “What I remember is the waiting.”

There was a time when you could not turn on Korean television without seeing a clip of Fedor Emelianenko cresting mid-suplex in Kevin Randleman’s arms; Quinton “Rampage” Jackson napping in the ropes, blood spewing from his forehead courtesy of Wanderlei Silva; or Kazushi Sakuraba battling through some intermediate stage of snuff movie-type disrepair. That quickly ended with the death of Pride. Gone were the live events, replays and two-hour “best of” specials. The golden era of Japanese MMA, the ramp, the pyrotechnics, the cavernous venues, choreographed entrances and orchestra-laden opening ceremonies seem like ages ago.

Gone, too, was Kim’s contract. The biggest stars of a uniquely Asian brand of MMA were about to begin their slow drift west. Kim would be instrumental in changing the perception in Korea of the UFC as little more than a late-night MMA infomercial.

Today, “Stun Gun” is a star in his native South Korea, where he has almost single-handedly created a market for UFC programming. He is the focus of television specials. He is featured in magazines. He does Korean-language commentary for UFC events and television commercials for Reebok. Though “household name” might be a stretch, Kim is just a tier or two below.

Growing up, it
was my dream to
fight in Pride.

As Kim shuffles down a sidewalk in his home of Busan, a group of rowdy high school boys spot him from the second floor of their sports academy. The youths suspend their workouts and wedge their heads into the space below the windows to yell encouragement. He gets but a few steps further before some younger girls ask Kim to sign his autograph in their notebooks, giggling all the while. A middle-aged man waits on the periphery of the girls. The most self-conscious of the bunch, he waits patiently, until the girls have dispersed, to ask for a picture with Kim. The whole scenario plays out in just a five-minute span.

“Some people call me Asian or Japanese, or Chinese. Korea is a very developed nation that has produced many great athletes. I am Korean. Ko-re-an,” he says, enunciating the syllables.

“We’re always in the top 10 in the medal count at the Olympics,” Kim says. He then smiles before he pauses and clarifies his statement, deadpanning: “That’s South Korean, not North Korean.”