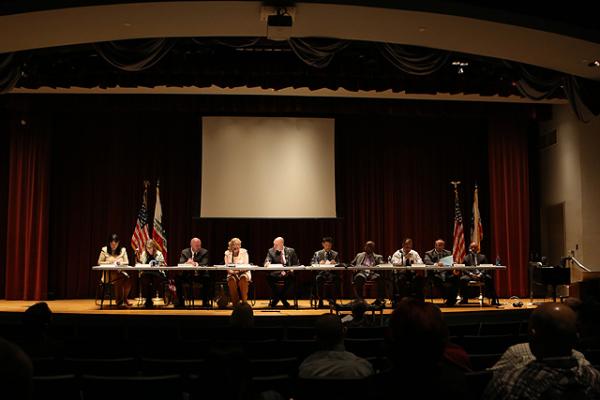 MMA's move toward regulation is a crucial part of its history and future. | Photo: Dave Mandel/Sherdog.com


No rules, no scores and no time limits: this was how the Ultimate Fighting Championship presented itself when running its first event in 1993. That was a bit of a misrepresentation, as there were nominal rules such as no eye gouging or biting, but it was basically true in spirit. It was the Wild West. Twenty years later, that is no longer the case. A long list of detailed rules has been adopted. Judges have been introduced with specific scoring criteria. Time limits govern the length of bouts. Regulation is omnipresent.

How did an event initially so wild evolve into a still-violent but carefully governed sport? Really, there was no choice. The anarchy and chaos of the early UFC was marketable but spurred an inevitable backlash, and the company was forced to change course for basic survival. In the following years, an unlikely mix of behind-the-scenes figures shaped the course of the sport and turned it into what it is now.

In the first few years of the UFC, rules and regulations were only added when absolutely necessary. Referee John McCarthy talked Rorion Gracie into allowing referee stoppages after UFC 2 because of concern that a fighter could be killed or gravely injured if his corner refused to stop a contest. Time limits were added after UFC 4 went over its allotted pay-per-view time, costing parent company Semaphore Entertainment Group a lot of money. The unsightly spectacle of Keith Hackney’s prolonged assault on Joe Son’s groin led to a ban on low blows. However, for the most part, the sport stayed true to its no-holds-barred routes.

That changed with UFC 12, an event scheduled to run in Niagara Falls, N.Y. However, a strong backlash to the sport developed in New York and legislators attempted to ban it. They were unable to get the ban passed prior to the show, so they responded by creating a special “rulebook” for the event that would effectively turn the UFC into amateur boxing with boxing gloves, headgear and a prohibition on groundwork. The UFC was forced to move the event to Dothan, Ala., at the last minute. With the backlash to the UFC building, the company turned to Olympic gold medalist and commentator Jeff Blatnick to oversee a change in promotional approach. In short, regulation was in.

“I was instructed to try to reign in what the UFC was in its early days to what a state commission would accept,” Blatnick said in an interview prior to his death in 2012. “After UFC was cancelled in Niagara Falls, it became very apparent to the parent corporation, SEG, that the future would have to involve commissions.”

The UFC formed an “MMA Council,” which most prominently included Blatnick, McCarthy and doctor Richard Istrico. Matchmaker Joe Silva, among others, would later join the informal group. The term MMA itself was created to signal the sport was moving beyond its no-holds-barred roots. A list of rules was codified at UFC 13 based on various issues that had arisen in the previous years.

There was nothing inevitable about the introduction of any individual rule. If David Abbott had not attempted to throw Cal Worsham out of the Octagon at Ultimate Ultimate 1996, there might not have been a rule prohibiting combatants from tossing their opponents out of the cage. If Mikey Burnett-Pat Miletich at UFC 17.5 had not degenerated into a shorts-grabbing clinchfest, there might not have been a rule preventing the grabbing of an opponent’s tights. The rule prohibiting pressure point attacks had a stranger origin still. 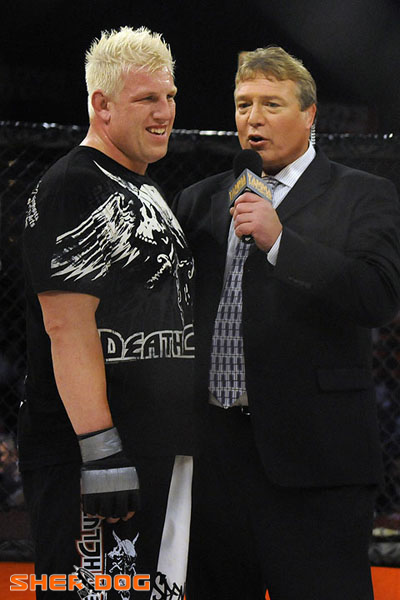 Photo: Peter Lockley/Sherdog.com
Blatnick (right) was instrumental.
“I had this issue about the death touch,” Blatnick said. “We’re in this arena down south and there’s a few suits looking in. I wanted to find out who they were, so I went up and started chatting. This gentleman said he was with a cable company and had concerns. I asked, ‘What are you most concerned about?’ He said, ‘There’s this one thing where you can hit a guy and two days later he can potentially die from it.’ I said, ‘I’m the commissioner. I can make that a rule for you. Would that make you feel better?’ He said, ‘Yeah,’ so I did. What a paper tiger.”

The second key point in MMA regulation after UFC 12 was the sanctioning of the sport in New Jersey and Nevada and passage of the unified rules in 2000-01. Originally, the UFC targeted California to be the first major state to approve the new set of MMA rules and sanction events. California approved and passed the rules but could not pass an accompanying funding bill, so the UFC turned to the Garden State. New Jersey was a natural ally for MMA. Commissioner Larry Hazzard had a background in jiu-jitsu and karate, while Counsel Nick Lembo had a wrestling background and was friends with Blatnick. The state began to sanction MMA events in 2000.

Those events went well, but the rules still needed standardization. A meeting was set up on April 3, 2001 -- one of the most important yet overlooked dates in the sport’s history.

On that date, a who’s who of MMA met in New Jersey and over the phone to create a set of unified rules. McCarthy, Blatnick, Dana White and Lorenzo Fertitta from the UFC attended, as did Hideki Yamamoto from Pride Fighting Championships. Hazzard and Lembo from New Jersey were there with officials from the Foxwoods Casino and Mohegan Sun. Marc Ratner and Keith Kizer from Nevada were there on the phone. Together, they put together a set of rules that would be adopted everywhere. It was largely the rules that the UFC had already set up but included a few key modifications, including a ban on downward 12-to-6 elbows and knees on the ground.

Once New Jersey had a standard set of rules, the dominoes started falling. One of the first states to adopt the unified rules was the highly influential state of Nevada, home of the biggest boxing events and the eventual home of the biggest MMA events, as well. Ratner, then the Nevada State Athletic Commission executive director, had been an early opponent of the sport, but he eventually became a proponent and now works for the UFC as vice president of regulatory affairs. The approval of standardized rules was the key moment in shifting his opinion on the sport.

“Having rules was crucial,” Ratner said. “There were certain little rules at the beginning, but this really formalized them. Once that was written, Nevada could get on board.”

One by one, states across the U.S. moved to regulate the sport. Over the next decade, MMA would move from one state to another. The UFC held its first California event in 2006. In 2007, it traveled to Texas and Ohio for the first time, while 2008 marked the first UFC appearances in Illinois and Georgia. By 2013, the sport was either regulated or legal in just about every state. Of course, one major outlier remained.

Finish Reading » “I tell referees that you should never be criticized for stopping a fight too soon. You can stop it incorrectly, like if you thought he was out and he wasn’t out, but as far as stopping a fight from strikes and damage, you can never stop it too early. You can stop it too late but never too early. That’s the approach I take.”
<h2>Fight Finder</h2>
Sponsored by