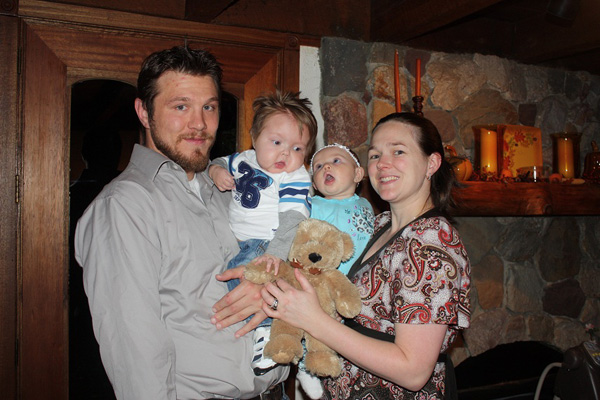 
There was always that reflexive twinge, the slight moment’s pause just before he turned the key in the ignition. Dan Miller could not pull out of Children’s Hospital of Philadelphia without some pangs of guilt coursing through him. Sitting there alone in his car, he wondered aloud if taking the 120-minute trek up the New Jersey Turnpike to train was worth it. The same questions repeatedly stabbed at him: “Am I doing the right thing? Should I leave her alone? Should I leave him alone?”

Miller always found himself somewhere else during that time, never in the moment, never thinking of himself; whether it was alone in the car staring at the radio grill or bouncing his way toward the Octagon. His mind invariably wandered somewhere else, back to his son, back to little Danny and how he was doing.

Those terrible days were punctuated by constant uncertainty, as Miller tried convincing himself something better had to come; it was bound to come. However, the alone times were the most painful for him, the nadir of what is gradually turning into -- hopefully -- a remarkable, inspiring, uplifting situation.

Miller has experienced a tragedy no parent ever wants to endure: losing his day-old daughter, Alexis. A year after her passing, Miller found himself clutching strength again he never knew he had, when his son, Danny Jr., became gravely sick in March 2010 while battling Polycystic Kidney Disease, a life-threatening disorder which enlarges the kidneys and affects an estimated 12.5 million people worldwide. Miller was not about to bend, not to PKD or the physical demands of his job as a mixed martial artist.

It did not matter that he had fights coming up against Michael Bisping, Demian Maia or Chael Sonnen. Miller was not about to make excuses or let on about what he was going through. It did not matter that he was a late substitute to fight former middleweight King of Pancrase Nate Marquardt at UFC 128. He lost all four fights, yet you never heard a peep from Miller or his team. There was no way you would, no way he would even consider taking some time off, not when there were fights to be had and the constant pressure of paying for little Danny’s exorbitant medical costs looming over him, screaming at him. 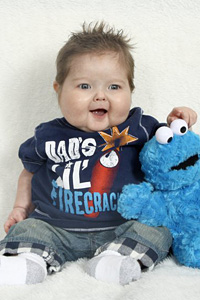 Special Photo
Daniel James Miller will undergo a
kidney transplant on Jan. 25.
It has all been a testament to the wrought-Iron Will of a strongman. Miller has been challenged on many different fronts, in the Octagon and at home. For the last two years, he has battled time constraints in balancing the unpredictable demands that come with a handicapped child, with keeping a routine that never seems to work out as planned.

In the octagon of life, Miller carries an impeccable resume that cannot be challenged. That said, you do question yourself. You have to. Miller lost his daughter, Alexis, on March 20, 2009, a day after she was born. Dan and his wife, Kristin, knew beforehand that their son, Danny Jr., could experience problems, too, after a 20-week ultra-sound test revealed a cyst on his kidney.


“You start to think to yourself, ‘Not again,’” Miller recalls, upon first hearing the news from doctors that his son could face kidney issues. “We were told it could be Polycystic Kidney Disease. Alexis had an infection and was very, very sick when she was born. Doctors couldn’t save her. She basically lived seven hours -- seven hours of hell you live going through it.

“So you think that this couldn’t happen again with Daniel. It was tough. You try and stay positive, but it tests you,” he adds. “Kristin and I were tested, but I’ve been fortunate. I come from a great family. My brothers, Michael and Jim, my parents, my sister, Karyn, have all been great. I couldn’t have gotten through this without them. They’ve kept me going. The one big difference between Alexis and Daniel is that, at least this time, we knew something was wrong. Danny would get the best possible care.”

Little Danny was born six weeks premature. He was placed in the Neonatal Intensive Care Unit for precautionary reasons. His kidneys were enlarged, as expected. Each night, Miller sat with his son -- feeding tubes and monitors connected to him, tape over his eyes to protect from the glare of the room -- even as he trained for the Maia fight on Feb. 6, 2010 at UFC 109 “Relentless.” It was fitting title for the show, as Miller has been relentless from day one. He would train, head to trainer and manager Mike Constantino’s home to shower and and go right to the hospital, where he sat by his son and talked to him.

“I cried a long time after I lost my daughter; I would basically do anything to keep Danny alive, and we found out days later he was positive for the disease,” Miller says. “Doctors told me eventually a kidney and liver transplant would have to take place. We were just learning and paid attention to everything, every medicine that he took and what it did. I had to watch what I did, because his immunity system was weak. I couldn’t get sick because I didn’t want to be the reason he got sick.”

As such, Miller kept pushing and pushing, and since the medical bills were mounting, he kept taking fights.

“It gets back down to the type of person Dan is; he’s committed and dedicated,” says Constantino, who runs the AMA Fight Club in New Jersey. “There are a lot of naysayers in life, and Dan is a doer. It’s shown how tough and strong he is mentally. There was never any excuse when Dan took his first UFC loss to Chael Sonnen. That came right after the death of his daughter. No one knew. Dan wasn’t about to make any excuses. Dan carried a great secret with him.

“He was recovering from the death of a child, and Dan not only did it, [but] Dan was fighting [one of] the best in the world and that was going on during that whole entire process,” he adds. “It was a delicate situation, and we wanted to make sure Dan was there and ready mentally to fight. You could tell at times his mind was other places, and you knew why. He did a great job of carrying himself well, and he’s definitely one of the toughest individuals I ever met mentally. He’s been through so much, but Dan never had any self-doubt.”

Finish Reading » “I was told a few times that Danny didn’t have a chance to live. I wasn’t about to watch one of my children die again. There were a lot of sleepless nights.”