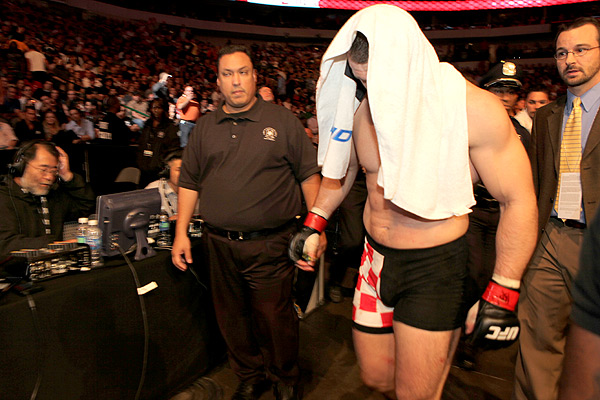 
Anything can happen in mixed martial arts, or so the saying goes. Put two men wearing four-ounce gloves in a cage, give them an assortment of strikes, submissions and slams with which to work and unpredictability reigns supreme. Or does it? The sport is defined by the reigns of its most dominant athletes, alpha dogs like Fedor Emelianenko, Anderson Silva and Georges St. Pierre, fighters from whom consistent excellence was expected.

Even the legends have their off days, and when it happens on fight night instead of during training camp, the results can be astounding. As impressive as Emelianenko, Silva and St. Pierre usually are, none of their resumes is unblemished today -- a testament to the anything-can-happen nature of MMA. In honor of the underdog, a panel of Sherdog.com staff has selected the top 10 upsets in the sport’s history. If Danny Lafever can do it, there is hope for all of us: