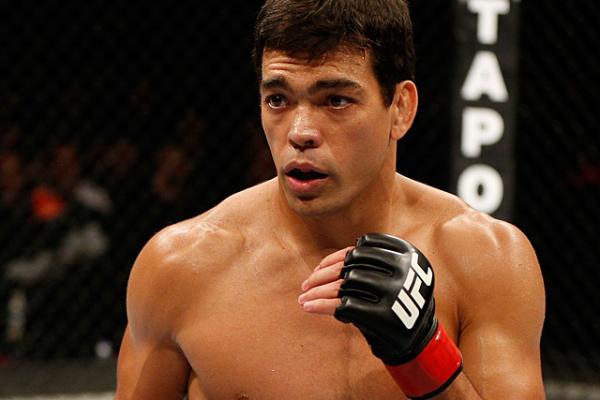 
UFC Fight Night 36 heads to the Arena Jaragua in Jaragua do Sul, Brazil, on Saturday with a fight card containing serious 185-pound title implications. In the main event, former Ultimate Fighting Championship light heavyweight ruler Lyoto Machida looks to build upon his spectacular knockout of Mark Munoz by taking out former Strikeforce titlist Gegard Mousasi. While both men remain capable of making a mark at 205 pounds, their presence at middleweight infuses life into a division that is entering a new era following Anderson Silva’s devastating injury at UFC 168.

Meanwhile, Ronaldo Souza is already recognized as a dangerous middleweight commodity -- his knockout of Yushin Okami in 2013 only solidified that status. A win over Francis Carmont, who is riding an 11-fight winning streak but still has something to prove thanks to a couple questionable verdicts, would keep “Jacare” on the short list of contenders for 185-pound gold.

Here is a closer look at the UFC Fight Night 36 card, with analysis and picks: 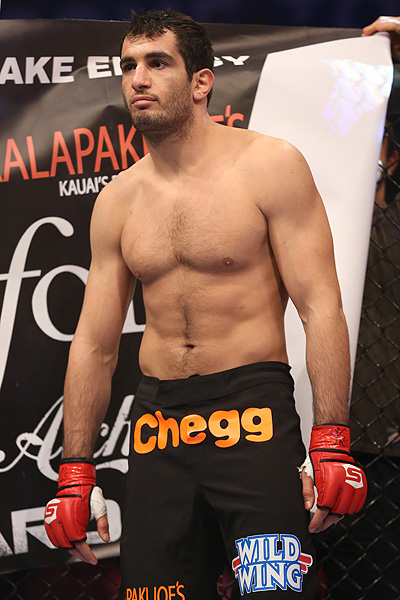 Photo: Dave Mandel/Sherdog.com
Mousasi has won four straight.
The Matchup: Mousasi has not competed at 185 pounds since 2008, but past success -- including an impressive run through Dream’s middleweight grand prix -- suggests this is the right move for the Iranian-born Dutchman. Mousasi was not cutting much weight to make 205 pounds, which could have eventually come back to haunt him against the larger fighters in the light heavyweight division.

If anyone can attest to the merits of dropping to middleweight, it is Machida, who looked spectacular in earning a first-round knockout over Mark Munoz at UFC Fight Night 30 in October. The ex-light heavyweight king needed just three strikes to dispatch his opponent: two kicks to the body and one decisive head kick. It was yet another example of how patient and precise Machida can be when at the top of his game.

While Munoz is an established middleweight, his blend of wrestling and heavy hands was poorly suited for defeating Machida. Mousasi, on the other hand, has the movement, length, patience and technical acumen to hold his own with “The Dragon” in space.

Mousasi is a fluid kickboxer who understands how to use angles to set up his attacks. While he is multi-faceted with his striking, it is likely that the success of his jab will determine his fate come fight night.

Machida is masterful when it comes to making foes chase him around the cage. He almost always dictates the distance, and he will counter when an opponent attempts to move forward, sometimes with devastating results. Mousasi is poised, but he will face plenty of difficulty in attempting to decipher Machida’s movements. The Brazilian sets up his strikes by using plenty of feints, and as already mentioned, his timing is impeccable. Frustrated opponents are rarely able to connect cleanly because Machida utilizes angles that make it difficult to return fire.

The fact that Machida is a southpaw and Mousasi utilizes the orthodox stance makes this aspect of the fight even more intriguing and might make it easier for the former Dream champion to close distance. As it is, Mousasi owns a two-inch reach advantage and a proven aptitude for fighting long when the situation calls for it. How Machida adapts to Mousasi’s skills will be pivotal; usually the Brazilian has a knack for keeping the other man guessing.

In the past, Mousasi’s greatest weakness has been takedown defense, and while Machida is not a dominant wrestler of Muhammed Lawal’s stature, his clinch game is outstanding -- and that includes landing body-lock takedowns. In fact, Machida’s ability to wrestle and land strikes from the clinch could prove vital if Mousasi is able to narrow the gap consistently. Still, “The Dreamcatcher” is adept in sweeps and scrambles when he is not simply content to attack from his back. Machida is a Brazilian jiu-jitsu black-belt, so it is not likely that he will find himself in danger of being submitted unless he is dazed by a strike.

The Pick: This is going to unfold like a chess match, with both men gauging the other carefully in an attempt to exploit small openings. That will make for deliberate action at times, but at others, the technical prowess of both combatants will be a sight to behold. Machida wins by decision.