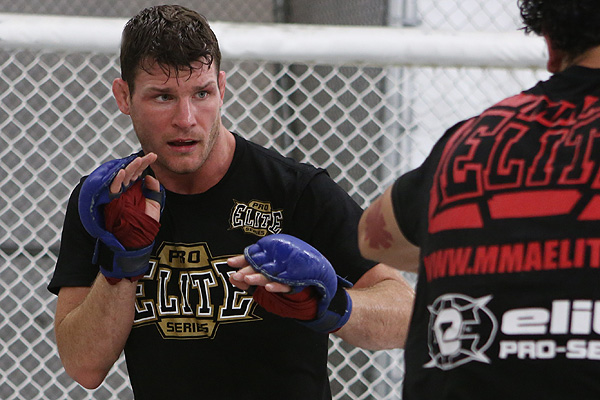 
This will not go down in Ultimate Fighting Championship history as one of its most compelling overseas offerings, at least for non-local fans. While the top two fights hold substantial interest -- Cung Le’s return against workhorse Michael Bisping and the Dong Hyun Kim-Tyron Woodley battle are fit to grace any pay-per-view main card -- the rest of the lineup leaves something to be desired.

To be sure, there are a few intriguing scraps further down the card on Saturday at the Cotai Arena in Macau, China. Touted middleweight Alberto Mina finally makes his debut, while top Japanese bantamweight prospect Yuta Sasaki enters the UFC against veteran Roland Delorme. Meanwhile, NCAA Division I All-American wrestler and American Top Team product Colby Covington gets a shot against “The Ultimate Fighter: China” alum Anying Wang, and Russian female bantamweight Milana Dudieva will get to show her skills against Elizabeth Phillips.

Let us look at each of the 10 fights on the UFC Fight Night “Bisping vs. Le” card, starting with the headliner: 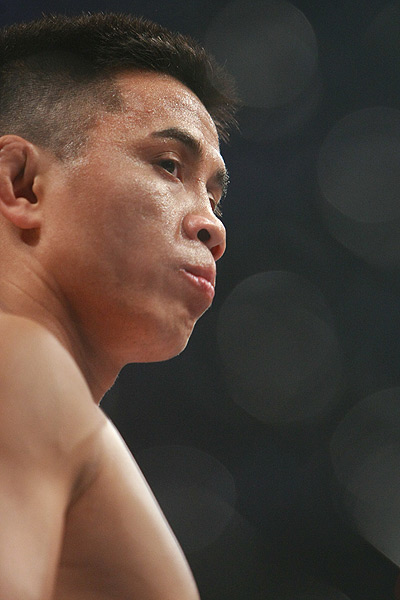 Photo: D. Mandel/Sherdog.com
Le has a knack for the spectacular.
The Matchup: A former Strikeforce middleweight champion, Le rebounded from a brutal UFC debut against Wanderlei Silva to win a decision over Patrick Cote and score a one-punch knockout on Rich Franklin. Although he is likely past his physical prime at 42, his last fight showed no noticeable symptoms of aging. On the other hand, that fight came nearly two years ago -- in November 2012. Bisping likewise appears to be in the twilight of a long and successful UFC career after suffering a debilitating eye injury in 2013 and putting forth a lackluster performance against the rising Tim Kennedy in April. Le is probably nearing the end and it would not be surprising if he retired after this fight regardless of the outcome, but Bisping desperately needs a victory if he wants to stay relevant in an increasingly competitive middleweight division flush with new blood.

Le won multiple sanshou and kickboxing titles years ago, but his real background is in tae kwon do and wrestling -- skill sets that happened to translate well to that form of competition.

They have carried over equally well to MMA, as Le’s arsenal of unorthodox spinning, side, axe and other kicks and sturdy takedown defense make him a tough out for anybody. His best asset, however, is the unquantifiable sense of timing and distance that comes from decades of striking experience: The right hook with which he floored Franklin, for example, was a masterpiece of seizing the perfect moment. The center of the cage is Le’s wheelhouse, and he has to stay away from the fence to properly implement his game. If he does, there are few fighters who hold a marked advantage in a striking contest.

The brilliance of Bisping’s game has always been the pace and aggression with which he fights, rather than anything particularly fancy or unorthodox. A capable but unexceptional athlete, he relies on a quick, stinging jab-cross combination, punches in bunches and the occasional takedown to keep his opponents honest. He can fight in the clinch with just about anyone in the division and boasts sturdy takedown defense, though given his struggles against Kennedy last time out, the latter might be slipping as he ages. His guard is good enough to avoid taking too much damage on his back, and he knows how to stay busy and pass his opponent’s guard from top position. While Bisping lacks an elite skill set, he also lacks any particularly glaring hole in his game.

The Pick: It might be cynical to say so, but the real question in this fight is how far each aged, somewhat shopworn fighter has fallen off from his prime. Up to a point, pure strikers like Le get better and better as their intangibles -- timing, spacing and footwork -- make up for the diminished physical tools. Well-rounded pace fighters like Bisping, however, have a much smaller margin for error: Even a slight decline in their speed and athleticism makes them plodding targets, and they lack an elite skill on which they can fall back in times of trouble. Perhaps Bisping will be able to pressure Le against the cage and outwork him with volume and a few takedowns, but it seems more likely that Le will keep the fight out in the middle of the cage and land potent shots. While I am certainly in the minority here, I think Le wins by knockout in round three.