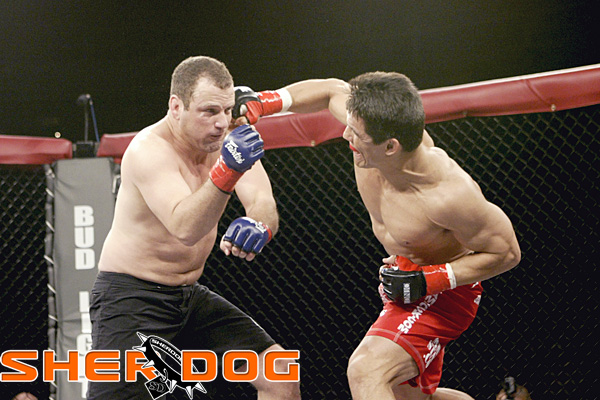 Frank Shamrock was one of the first fighters to focus on cardiovascular conditioning. | Photo: Jeff Sherwood/Sherdog.com


Those who competed in the earliest Ultimate Fighting Championship events had no idea they were launching a sport, let alone how best to train for it.

Some hit pads backstage and growled. Others wrestled like they were preparing for a meet. Before the first UFC, one fighter famously tightened the one boxing glove he wore into battle, thinking it was his ticket to a knockout. In training for his 1994 UFC debut, All-American wrestler Dan Severn simply drilled techniques that were banned on collegiate mats. Must be illegal for a reason, he figured. Then, for the most part, all of them went into the cage and did whatever the hell came to mind.

In the years since, there has been a heady stream of evolutions. Mixed martial artists, as the sport came to be known, shifted from experimentation to specialization. Camps today are every bit as scientific in their approach to competition as any other professional sport, sometimes more so. Yet the deference and philosophies of traditional martial arts remain stitched into how fighters prepare.

UFC television analyst Joe Rogan has grown fond of saying the martial arts have evolved more in the past 20 years than they did in the preceding 200, and it is hard to argue the point. It seems waves of nouveau thinking about training wash over the sport every few months, and all it takes is a few fighters finding success with a technique for it to be seen as a new way of fighting. The counters to those techniques emerge just as quickly.

At the UFC’s outset, fighters thought in a very linear way. Wrestlers like Mark Coleman and jiu-jitsu players like Royce Gracie had a singular goal: take opponents off their feet, control them on the ground and find ways to pummel their faces or catch submission holds. Strikers intent on moving forward and firing shots drilled ways to get up off the mat. The operating principle for everyone was to get the fight into their wheelhouse, where their strengths resided; and those strengths were honed well before an MMA career was a thought.

Today, mixed martial artists do not necessarily have a wheelhouse. They have things they do particularly well, but for the most part, they are not going into fights with one-track minds about where the action needs to take place for them to be successful.

“Now, it’s on a much more micro level,” said Greg Jackson, a kickboxer whose New Mexico self-defense gym, established in 1992, blossomed into one of MMA’s most successful camps. “There are little revolutions, still every bit as important, but just smaller. Instead of a wrestler trying to figure out how to take a kickboxer down to the ground, it’s the third defense they use against a single-leg [that he or she focuses on].”

To appreciate the embryonic training and preparation present in the earliest UFCs, it is important to understand how martial arts -- and martial artists -- were perceived in America at the time. Prior to UFC 1, the image of a martial artist involved a guy in a kimono with a black belt, which symbolized he could beat up 10 other guys at once. A value system underpinned it all: one is never to use his martial training to injure or create social unrest. While laudable, this ethic also created the opening for some martial artists to boast that their techniques were superior beyond measure, without ever having to prove it.

“Now [with] a martial artist, the mystique has been taken away,” said Stephen Quadros, a lifelong martial artist and veteran fight journalist and commentator. “Commercially, it’s bad for those that sold that mystique, but generally speaking, I think it’s better because you have more of a grounding in reality.”

Today, there is a bright line between training for self-defense and training to win fights. Practitioners make the art, not the other way around, and disciplines once thought to be discredited are rediscovered and re-contextualized. Witness Lyoto Machida using a karate stance and punching style to great effect and Anthony Pettis leveraging the unpredictable striking angles of tae kwon do. The early wisdom was that these arts were impotent against wrestlers and ground fighters. Many doubled down in response. Strikers trained their striking that much harder, while wrestlers and jiu-jitsu players scoffed at standup training.

“[With] Martial artists, much like people involved politics, it’s very difficult for them to change their beliefs,” Quadros said. “You almost have to beat it out of them.” 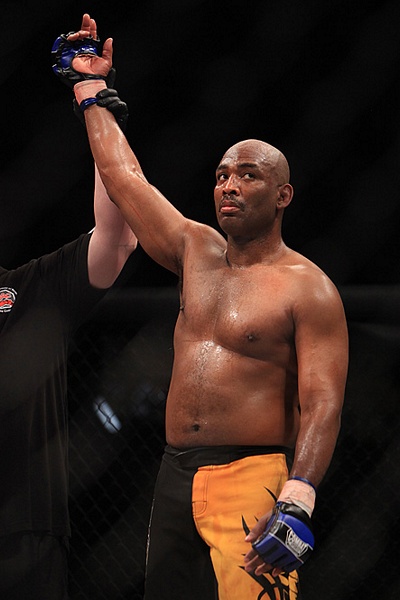 Photo: Dave Mandel/Sherdog.com
Smith zeroed in on fatigue.
The sport of mixed martial arts did that.

The UFC was originally framed as a clash of martial arts styles to determine which one was supreme. This suggested the skills competitors brought to the table were static, set in stone, and we could get an apples-to-apples comparison. Instead of which style was superior, the development of the UFC revealed other truths. A key one: even the most skilled fighter was useless once he ran out of gas.

In the UFC, longtime training partners Frank Shamrock and Maurice Smith charted a path forward to fend off exhaustion in the heat of battle. A world champion kickboxer, Smith handed then-unstoppable wrestling machine Mark Coleman his first loss at UFC 14 in 1997 by biding his time, tying up Coleman and waiting for him to tire.

Once he did, Smith ripped into Coleman with leg kicks en route to a decision nod, instantly reinvigorating the place of striking in MMA.

From Smith, Shamrock learned about the cardiovascular conditioning regimen that was routine in kickboxing camps and put it to dramatic use when he burst into fight-finishing offense deep into the fourth round of his UFC 22 title bout against a fatigued Tito Ortiz. Ortiz had pinned down Shamrock for virtually every minute up until that point, but Shamrock was conditioned enough to explode at the first opportunity. Prior to the fight, Shamrock began doing basic, short-interval sprints, about 15 to 20 seconds a piece, to simulate the intensity of a round. He had never run in his life, hated it in fact, but he could not deny what it did for his game.

“It was what I was missing; it just changed everything about what I could do,” Shamrock said. “Maurice was like, ‘Your heart’s not strong. You haven’t done the work.’ He just made it so simple.”

Until he collaborated with Smith, Shamrock said he and most other fighters were always racing against the clock, hunting for a submission or fight-finishing opportunity before hitting a wall of exhaustion and dwindled effectiveness. Frank’s initial training with adoptive brother Ken Shamrock in the famed Lion’s Den, one of the first American MMA camps, was rooted in the training philosophies of Japanese catch wrestling. It emphasized chaining together submission attempts in grappling exchanges and hundreds of squats, push-ups and leg lifts to build muscle. 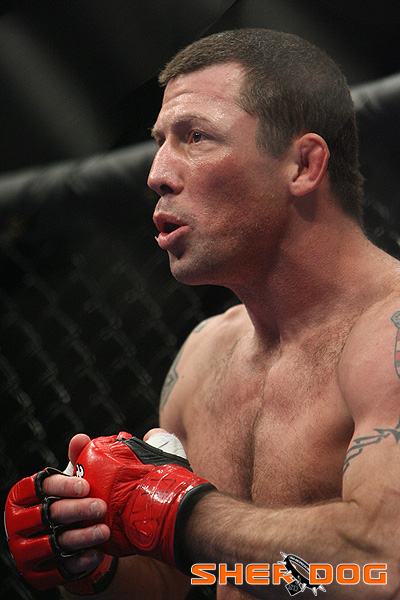 Photo: D. Mandel/Sherdog.com
Miletich broke down walls.
Strength training for MMA fighters has evolved from curls and bench presses, more of a bodybuilder regimen, to more functional fitness training, honing the body in ways that assist in manipulating another and overcoming resistance. Veteran trainer and former UFC champion Pat Miletich sums it up as run, jump, swim and climb, or what any kid with a big backyard does.

“The bodybuilding craze, weightlifting, ruined America’s fitness, to be honest with you,” Miletich said. “It’s not aesthetics; that’s not what we’re after. We’re after the ability to grab another human so you can throw them.”

In some sense, mixed martial arts has sprouted its own hybrid of fitness training, a blend of explosive movement and cardio drills that professional athletes from several other sports have sought to give them an edge.

In 2013, the Ultimate Fighting Championship launched “UFC Fit,” an in-house exercise program that promises to unleash the training and fitness “secrets” of fighters.

Frank Shamrock, learning what he learned from Smith, spoke to the value of collaboration, which took a while to occur in MMA. Originally, fighters kept very much in their own silos, perhaps a remnant of the closed-society mentality of traditional martial arts.

“There was too much animosity or resistance from the individual groups to get in one place,” Shamrock said. “I couldn’t train with the Gracies because I was a Shamrock, but what we missed in collaboration was huge. If we would have gotten together and figured some stuff out, there was huge holes that could have been filled.”

Miletich played a key role in breaking down these walls.

Finish Reading » “Generally, it’s mixed martial artists just training in mixed martial arts, and it’s a bastardized version. When I watch a UFC, I shouldn’t see guys who suck at striking, and I see it a lot. They don’t understand the finer points.”