This Sunday marks the long-awaited WEC 46 “Varner vs. Henderson” event that will at long last establish an undisputed WEC lightweight champion after nearly a full year of divisional flux. That isn’t the only quality bit of violence lined up, however, as the card also features a critical eliminator bout in the featherweight class, the potential birth of a contender and the return of a champion.

With all that lined up as well as a quality undercard and the always-welcome prospect of Frank Mir behind a microphone, it’s your duty to find a way to watch this show. So read on and get your knowledge needs handled before you start going into withdrawal shakes.

The Breakdown: After nearly a year on the shelf thanks to enough injuries to overwhelm an ER, Varner returns to defend his lightweight strap against Henderson, who has already at least partially usurped his crown by claiming the interim title in an instant classic with Donald Cerrone at WEC 43. Topping that clash won’t be easy, especially since Varner’s wrestling means Henderson won’t have the luxury of working ground-and-pound whenever he pleases. 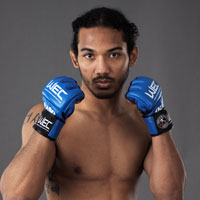 Photo by WEC.tv
Henderson
How the inevitable wrestling tie-ups shake out will be key. Henderson won’t be able to hulk his way out of submissions if he’s stuck underneath Varner, and standing with Varner would leave him a few brain cells short of a full deck. In the past, most notably in his fight with Shane Roller at WEC 40, Henderson has appeared vulnerable against opponents who can quickly step inside and throw accurate punches down the pipe.

While there is no denying Henderson’s inhuman pain threshold, Varner has developed into a tremendous finisher with his boxing despite building his name as a wrestler/grappler hybrid. Until now Henderson’s ability to take a beating and keep moving forward like some puffy-haired Terminator has been his saving grace, but Varner has both the wrestling and the striking to render the would-be champion’s masochistic streak meaningless.

The X-Factor: Cage rust is no joke. Varner comes into this fight having spent most of his time off rehabilitating a laundry list of injuries. Meanwhile Henderson was racking up wins over Anthony Njokuani, Roller and Cerrone in what was arguably the most impressive campaign of 2009. Stylistically the fight favors Varner, but if he can’t put his tools to work, he’ll end up making sure 2010 marks the year Henderson went from dynamic prospect to undisputed champion.

The Bottom Line: It’s really a matter of time before Henderson’s chin gets him in more trouble than he can get out of. Considering Varner’s slick takedown defense and ability to escape off his back, Henderson will be forced into more exchanges than his jaw can handle. Watch for Varner to control range with solid one-two combinations while countering Henderson’s takedown attempts by securing neck control and punishing him with knees. Pure grit and talent from Henderson will make this fight more competitive than it otherwise would be, but it won’t save him from a TKO loss late in the third round.