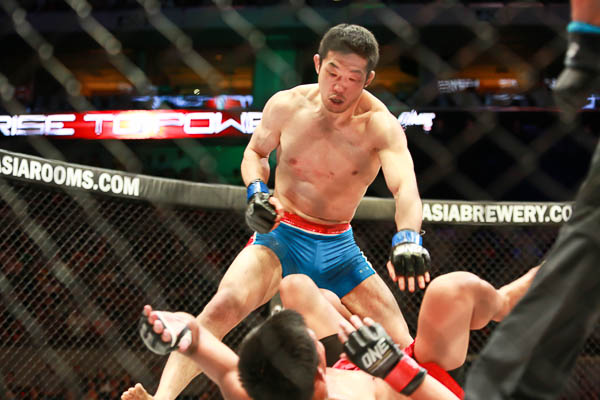 
Editor’s note: In an effort to bring more attention to the global stage of mixed martial arts, this list does not focus on North American-based major promotions such as the Ultimate Fighting Championship, Bellator MMA and the World Series of Fighting.

Retention and reclamation will be the underlying themes in the rematch between One Fighting Championship featherweight titleholder Koji Oishi and former champion Honorio Banario.

A little more than sixth months after Oishi dethroned the Lakay MMA representative with punches, they meet again in the One FC 13 “Moment of Truth” headliner on Friday at the Mall of Asia Arena in Manila, Philippines. Oishi captured the One FC featherweight crown with his second-round knockout against “The Rock” on May 31.

Oishi has spent the majority of his career inside the Pancrase organization but made two failed appearances under the Ultimate Fighting Championship banner, losing to LaVerne Clark at UFC 25 and Nick Diaz at UFC 53. A professional since 2000, the 36-year-old Japanese veteran owns wins over former Sengoku champion Satoru Kitaoka, “The Ultimate Fighter” Season 5 winner Nate Diaz and onetime lightweight King of Pancrase Naoyuki Kotani. Not known for his finishing prowess, Oishi has gone the distance 32 times in his 43-fight career.

One of the more promising prospects on the Asian MMA scene, Banario has already held titles in two different weight classes: at 145 pounds in One FC and at 155 pounds in the Universal Reality Combat Championship. The loss to Oishi halted a two-fight winning streak for the 24-year-old Filipino featherweight. All eight of Banario’s victories have come by knockout, technical knockout or submission, four of them inside one round.

The Oishi-Banario rematch is but one under-the-radar matchup worth monitoring during the month of December. Here are nine more:

De Almeida -- a fast-rising 22-year-old Brazilian featherweight who splits his training between the Chute Boxe and Macaco Gold Team camps -- has finished all 14 of his opponents, 13 of them in the first round. He last appeared in the Standout Fighting Tournament organization in September, when he stopped Cemir Silva on second-round punches in Sao Paulo, Brazil. Pacurariu would like nothing more than to derail the hype surrounding de Almeida. A national champion in kempo in his native Romania, the 29-year-old has posted four wins in his past five bouts. 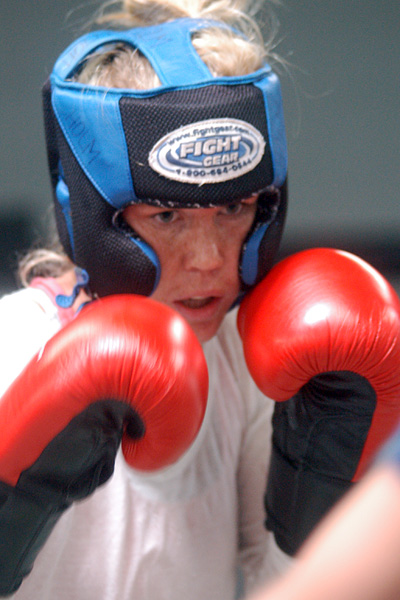 Photo: Daniel Archuleta
All eyes are on Holm.

No woman on the regional MMA scene has drawn more interest or spurred more intrigue than Holm. She owns a gaudy 33-2-3 record as pro boxer, having won titles in multiple weight classes in multiple organizations. The Jackson’s Mixed Martial Arts representative’s transition to the cage has gone according to plan, as she has finished all five of her opponents by knockout or technical knockout. Hayes, 40, has delivered five victories in her past six outings, a submission loss to Aisling Daly the lone hiccup.

Widely regarded as the top middleweight not currently under UFC contract, Khalidov has lost just once since September 2005. The 33-year-old Chechen will carry a seven-fight winning streak into his rematch with Sakurai. Khalidov last fought at KSW 23 in June, when he needed a little more than two minutes to submit Dutch kickboxer Melvin Manhoef. Sakurai, a well-traveled 42-year-old Pride Fighting Championships, Shooto and Deep veteran, battled Khalidov to a draw in May 2010.

Esparza will defender her Invicta Fighting Championships strawweight title against Gadelha, an undefeated Nova Uniao-trained Brazilian jiu-jitsu black belt. The 26-year-old Team Oyama representative has won four in a row and has compiled a perfect 3-0 mark since joining the Invicta promotion, including the unanimous decision over Bec Hyatt that brought her the 115-pound crown in January. Gadelha, 24, has secured eight of her 11 victories by knockout, technical knockout or submission, seven of them inside one round.

Seery will defend his Cage Warriors Fighting Championship flyweight crown for the first time when he welcomes Gomez to the organization. The 34-year-old Irishman extended his current winning streak to four fights and captured the 125-pound title when he submitted Finnish export Mikael Silander with a third-round armbar in June. A Marc Laimon protégé, Gomez was once regarded as one of the world’s top 10 flyweights. However, his time in the UFC was cut short when back-to-back losses to John Moraga and Phil Harris resulted in his release.

Daley will return to the British Association of Mixed Martial Arts promotion for the first time in more than two years, as he headlines BAMMA 14 against da Silva. One of European MMA’s more controversial figures, Daley -- who has a long history of missing weight -- has pieced together a 10-4 record since he sucker punched Josh Koscheck following their UFC 113 encounter, necessitating his release from the Ultimate Fighting Championship. Da Silva, a 33-year-old Blackzilians representative, has been knocked only once in his 35-fight career.

The undefeated Sajewski made himself a person of interest internationally in 2010, when he handed fellow Polish prospect Marcin Held his first career loss. The 23-year-old “Wookie” has since pushed his record to 11-0 with victories over Saulius Bucius, Abi El Khalfi and Alexander Heinrich, dispatching Khalfi and Heinrich with first-round armbars. At just 19 years of age, the promising Gniadek will look to rebound from his first professional setback -- a unanimous decision defeat to Artem Lobov inside the Immortals Fight Promotions organization in August.

A former Sengoku and Shooto champion, Nakamura will carry a streak of five consecutive wins into his Deep debut against Lee. The 29-year-old Japanese veteran holds a 26-2-2 record outside of the UFC -- he went 0-3 inside the Octagon -- and has put away his last two opponents, Nobutatsu Suzuki and Kota Shimoishi, with rear-naked chokes. Lee, 27, threw the brakes on a two-fight losing streak in September, when he wound up on the right side of a split verdict against the previously unbeaten Yuki Nakahara at a Gladiator event in Japan.

Alers will put his Cage Warriors featherweight crown on the line for a second time when he collides with Turner on New Year’s Eve. The 27-year-old Floridian won the 145-pound title with his April submission against Finland’s Joni Salovaara and successfully defended it with a five-round unanimous verdict over Martin Svensson in September. The once-beaten Alers has delivered eight of his 11 career victories by submission. Turner, a 26-year-old Scot, will enter the cage on a five-fight winning streak.