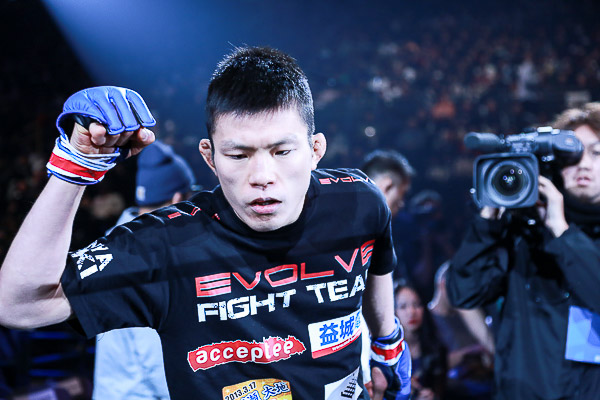 Hide your arms, legs and necks. Shinya Aoki is on the loose.

Aoki will put a seven-fight winning streak on the line when he defends his lightweight title against Koji Ando in the One Championship 27 “Warrior’s Quest” main event on May 22 at the Singapore Indoor Stadium in Kallang, Singapore. One of the Far East’s premium MMA exports, “Tobikan Judan” has not lost a fight since succumbing to punches from Eddie Alvarez in their rematch under the Bellator banner more than three years ago.

A black belt in judo and Brazilian jiu-jitsu, Aoki has secured 25 of his 37 career victories by submission. The 31-year-old Evolve MMA rep last fought at an Inoki Genome Federation event on New Year’s Eve, when he tapped Yuki Yamamoto with a first-round twister at Ryogoku Kokugikan in Tokyo. Wins over Alvarez, Satoru Kitaoka, Mizuto Hirota, Caol Uno, Gesias Cavalcante, Tatsuya Kawajiri and Joachim Hansen (twice) anchor his outstanding resume; and though he has captured previous championships in Dream and Shooto, critics point to the fact that has yet to set foot inside the UFC’s Octagon. Aoki has compiled a perfect 4-0 record against One Championship competition.

Ando, 30, has never been finished in 16 bouts as a professional. The Sengoku veteran last competed at One Championship 22 in November, when he put away Zorobabel Moreira with third-round punches and soccer kicks. Ando has rattled off five straight wins, two of them inside the One Championship organization.

The Aoki-Ando title clash is but one under-the-radar matchup worth monitoring during the month of May. Here are nine more:

Two of Europe’s top lightweight prospects meet here, as the unbeaten Divnich defends his M-1 Global title against France’s Barnaoui. Divnich has put together a spotless 10-0 record, with seven wins by knockout, technical knockout or submission. A striker by trade, the 26-year-old Ukrainian captured M-1’s vacant 155-pound strap in December, when he disposed of Dzhambulat Kurbanov with third-round punches at M-1 Challenge 54. The no-less-heralded Barnaoui will carry a three-fight winning streak into the match, the 22-year-old having submitted Colin Fletcher with a rear-naked choke under the British Association of Mixed Martial Arts banner a little more than four months ago.

Griffin will put his Tachi Palace Fights welterweight championship on the line for the first time, as he faces Njokuani atop the TPF 23 lineup. The 29-year-old Dave Marinoble disciple has posted six straight wins since suffering his only career defeat in a split decision against Justin Baesman in June 2012. Griffin took the 170-pound title by force in November, when he knocked out Ricky Legere Jr. just 3:21 seconds into their clash at TPF 21. A muay Thai specialist who trains under Nick Blomgren, Saeksan Janjira and Sergio Penha, Njokuani, 26, last fought inside the Resurrection Fighting Alliance promotion in January, as he claimed a unanimous decision from “The Ultimate Fighter” Season 17 alum Gilbert Smith. Tachi Palace Fights 23 will stream to Sherdog.com in its entirety.

Regional promotions join forces for this champion-versus-champion showdown, as Resurrection Fighting Alliance flyweight titleholder Pantoja faces Page, Legacy Fighting Championship’s 125-pound boss. Spawned by the same Nova Uniao camp as Jose Aldo and Renan Barao, Pantoja has won eight in a row since his decision defeat to Jussier da Silva in 2010. The promising 25-year-old sank his teeth into RFA gold in September, when he choked Matt Manzanares unconscious in the second round of their encounter. The resurgent Page finds himself in the midst of a three-fight winning streak, having found new life as a flyweight. The World Extreme Cagefighting veteran took home the Legacy title with his vicious knockout on Brian Hall in October. 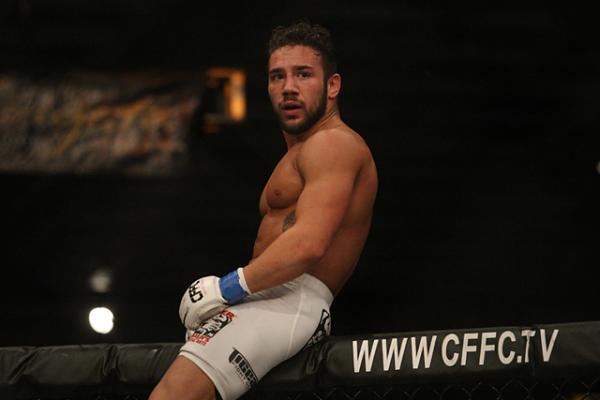 Rivera will carry a streak of 14 straight victories into CFFC 48, his bantamweight championship hanging in the balance. A Team Tiger Schulmann representative, the 25-year-old Brooklyn, N.Y., native claimed the vacant Cage Fury Fighting Championships title with his third-round technical knockout against Anthony Durnell in November. Rivera, who has also held championships in the Ring of Combat and King of the Cage organizations, owns a combined 5-0 record in Bellator and the World Series of Fighting but has yet to get the call from the UFC. Beebe, the 26-year-old younger brother of former World Extreme Cagefighting champion Chase Beebe, has alternated wins and losses over his past four appearances.

Two Ultimate Fighting Championship washouts collide in Sweden, as McKenzie locks horns with Bielkheden. Since pushing his record to a perfect 12-0 with a guillotine choke-induced submission on Aaron Wilkinson at “The Ultimate Fighter 12” Finale, McKenzie has seven of 10 and fallen off the radar. The 27-year-old Alaskan has delivered 13 of his 15 career victories by submission, 11 of them via guillotine. Bielkheden, 35, has also played to mixed results since departing the UFC, though the Brazilian jiu-jitsu black belt will enter his latest battle on the strength of a three-fight winning streak.

Laurentino’s resume paints a picture of utter dominance on the regional scene in Brazil: 29-0, with 26 finishes. The 22-year-old Astra Fight Team featherweight has designs on using da Silva as his latest stepping stone, as the prospect and veteran lock horns inside the debuting Noxii Combat promotion. Laurentino has put away eight straight opponents, having last appeared at an Aspera Fighting Championship event on April 4. There, he needed just 32 seconds to cut down Sidney Lessa de Oliveira with a leg kick. A seven-year pro, da Silva, 35, has dropped two of his past three bouts. The Base MMA Club rep has not fought since August, when he was victimized by a second-round body punch from Nova Uniao’s Matheus Nicolau Pereira.


Lowen Tynanes vs. Kuat Khamitov
One Championship 28
May 22 | Kallang, Singapore

Tynanes plans to make waves in the One Championship lightweight division. The undefeated 24-year-old Hawaiian has finished his last five opponents, four of them inside one round, and has compiled an unblemished 6-0 record since turning pro in 2011. Tynanes, a former King of the Cage champion, last competed at KOTC “Battle for the Belt” in October, when he took 71 seconds to submit Jeff Sweeney at the San Manuel Casino in Highland, Calif. He faces a difficult obstacle in his return to One Championship competition. Khamitov has won six fights in a row. The 27-year-old Kazakhstani lightweight sports 13 finishes among his 18 victories.

Pudzianowski, the five-time winner of the World’s Strongest Man competition, has become one of the top draws for the KSW organization in his native Poland, with wins over Eric Esch, Bob Sapp, UFC veteran Sean McCorkle and 1996 Olympic gold medalist Pawel Nastula. While he will never be confused with Fedor Emelianenko or any other elite heavyweight, the intrigue surrounding the 6-foot-1, 260-pound Polish powerhouse whenever he fights cannot be denied. Next up: a date with a 2007 Abu Dhabi Combat Club Submission Wrestling World Championships silver medalist in Gracie.

Henry’s stock could not be rising at a steeper clip. Fresh off his kneebar submission of former Shooto champion Masakatsu Ueda, the 27-year-old Erik Paulson protégé turns his attention to Nakajima. Henry has put together three consecutive wins since suffering his only professional defeat -- he lost a three-round split decision to Joe Murphy -- a little more than a year ago. Nakajima, 26, has not competed since he wound up on the wrong side of a unanimous verdict against Toshiaki Kitada at a Deep event on New Year’s Eve. The Paraestra Tokyo rep has never been finished.