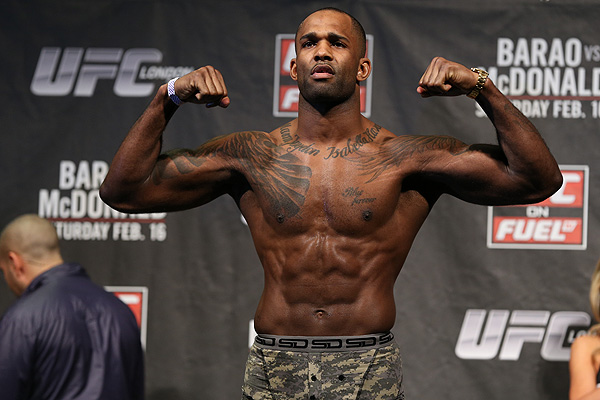 Jimi Manuwa has finished 10 opponents inside one round. | Photo: Dave Mandel/Sherdog.com 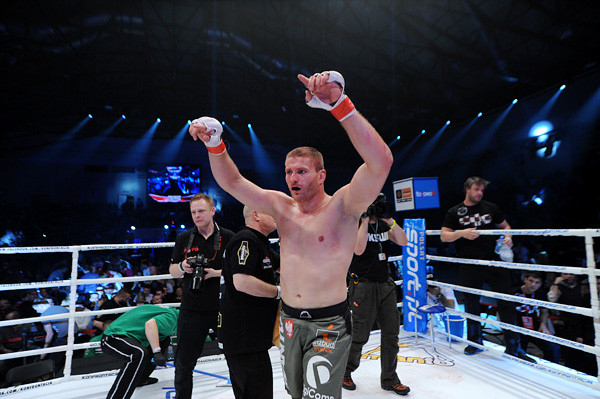 THE MATCHUP: From the perspective of competitive, high-level MMA, this is the card’s real main event. A late injury Manuwa forced him out of a fight with Mauricio Rua in November, and he dropped his last fight to Alexander Gustafsson a year ago; however, prior to that, he had rung off 14 straight wins to begin his career. Blachowicz was for a long while the best light heavyweight outside a major promotion, and he dusted Ilir Latifi in less than two minutes in his UFC debut in October. This should be an excellent fight between two light heavyweights with the potential to crack the top 10.

Manuwa is an exceptional athlete with a solid technical approach to back it up. There is nothing flashy about his striking repertoire, but he delivers everything with solid fundamentals and great power. One or two punches at a time and the occasional low kick are Manuwa’s bread and butter, though he lacks much of a counter repertoire and his defense is not outstanding. The clinch is the best aspect of Manuwa’s game, and he puts his size and strength to good use, particularly against the cage. He pummels his opponents with hard knees, the occasional elbow and his vicious left hook on the break, and he boasts a surprisingly capable takedown game. Nobody will confuse Manuwa with a champion grappler, but he is very difficult to take down, strong on top and can survive well enough from his back.

Blachowicz is solid everywhere. He is a striker by preference, with the ability to operate from either stance, and he packs real power in his stinging left kick and straight right. He works at a glacially slow pace, however, and rarely strings together combinations of any length. This reliance on potshotting from range puts a hard ceiling on how good he can be. As a wrestler and a grappler, Blachowicz is perfectly competent, with decent takedown defense, a capable defensive guard and good work from top position.

THE PICK: While Manuwa’s injury history and long layoff are real concerns, especially given the fact that he just turned 35, he is both more skilled as a striker and an infinitely better athlete than Blachowicz. A few kicks and the occasional jab will not be enough to keep Manuwa on the outside, and once he gets into the pocket or the clinch, Blachowicz is more or less there for the taking. The pick is Manuwa by knockout in the second round.