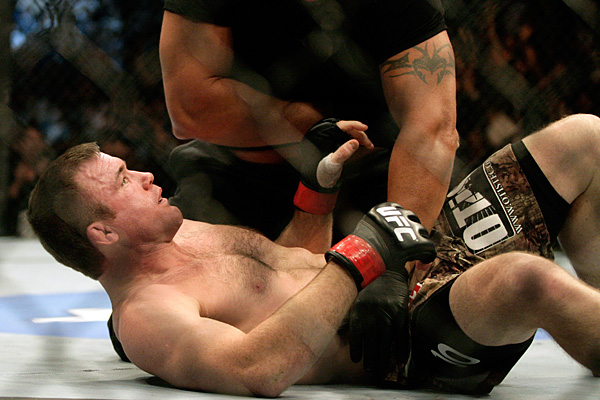 The Rundown: The trilogy between these two legends spanned six years and included a pair of title fights. Hughes entered 2004 laying claim to the title of most dominant welterweight in the UFC, as a six-fight winning streak had him looking nearly unbeatable heading into his UFC 46 bout with Penn.

Making the jump to 170 pounds, “The Prodigy” shocked Hughes by submitting him with a rear-naked choke in the first round.

Penn left the organization shortly thereafter and was stripped of his title. His highly anticipated rematch with Hughes came at UFC 63, with the stout wrestler once again in possession of the welterweight crown.

“I want to accomplish things that will make sure people always remember B.J. Penn,” Penn told The Las Vegas Review-Journal prior to the rematch. “Beating Matt is just one of those things.”

It did not work out that way, however, as the Hawaiian fell in the third round via technical knockout. He would later claim that a rib injury suffered in the second frame hindered him in that fight.

Their final meeting came at UFC 123, but, this time, no title was on the line. It was a swift and devastating ending to a competitive rivalry, as Penn closed the rubber match with a counter right and punches on the ground just 21 seconds into their encounter. For Hughes, the opportunity for one last shot at Penn was well worth it.

“This is one of those fights where I would have paid my purse to [UFC President] Dana White to put this fight together,” he said in a post-fight interview. “I had a lot on the line.”