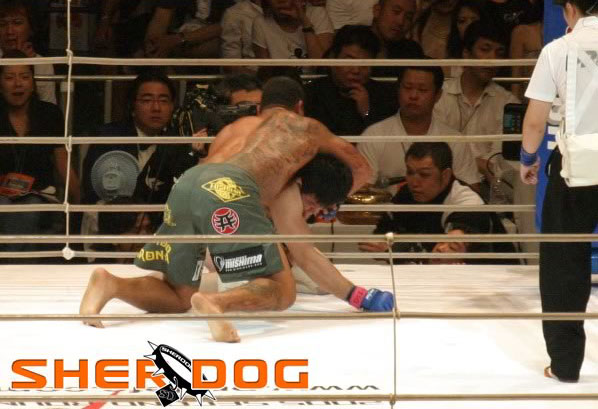 Ricardo Arona examined his handiwork; it was not for the faint of heart. | Photo: Stephen Martinez/Sherdog.com

Arona was never a favorite for a majority of MMA fans. He was hard to root for because of his surly attitude and grinding style, but the path he took to defeat the legendary Sakuraba in Japan elicited a rash of venom from virtually everybody in the sport.

Sakuraba whiffed on a a double-leg takedown in the second round and ate a kick to the face for his troubles. When Sakuraba turned away, Arona again kicked him in the face, the Brazilian’s toenail slashing open the skin above his left eye. “The Gracie Hunter” eventually pulled guard, but Arona took his right hand, squeezed Sakuraba’s cut and dug his finger into it.

All Sakuraba could do was lay there and wait for Arona to finish examining his handiwork. When Arona completed his turn in Operation, Sakuraba had his cuts looked at by the ringside physician and was eventually deemed unfit to continue in between rounds two and three.