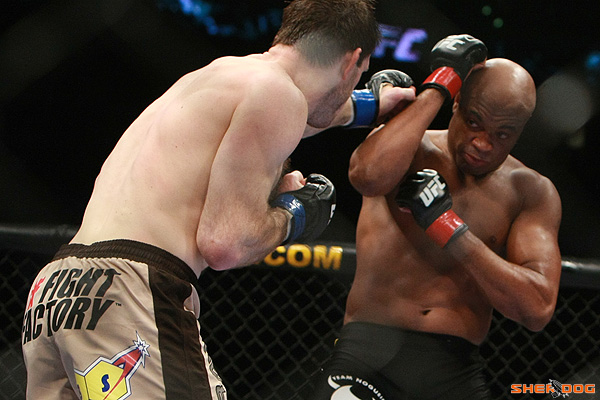 No one blends artistry with violence better than Anderson Silva. | Photo: D. Mandel/Sherdog.com

No fighter has ever put the artistry into mixed martial arts more than the great Silva. His fluid striking and his attacks from all angles while deftly avoiding the offense of his opponent are beautiful to watch. “The Spider” was a well-respected striker early in his career, but he truly came into his own once he joined the Ultimate Fighting Championship. His destruction of Chris Leben announced a new player on the scene, and he dispatched dominant champion Rich Franklin with ease. From there, the highlights were numerous: the front kick of Vitor Belfort, the triangle armbar of Chael Sonnen and the humbling of Forrest Griffin. His 16 consecutive UFC wins may never be matched. Decades from now, older fight fans, whether correct or not, will surely argue that none of these fighters today could have handled the Brazilian muay Thai machine.