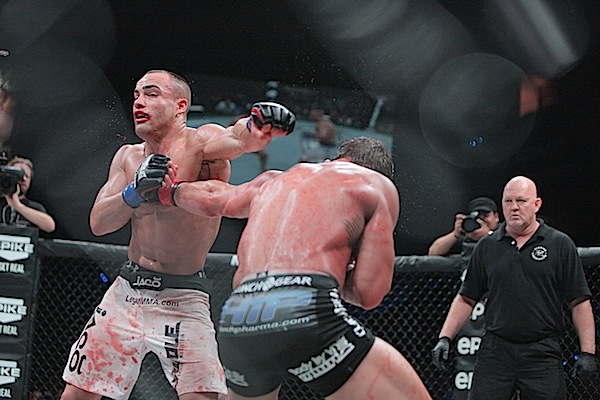 
The last time Michael Chandler and Eddie Alvarez shared a cage with one another, the reverberations were felt for months.

An unbeaten but unproven prospect at the time, Chandler submitted Alvarez with a fourth-round rear-naked choke to capture the Bellator MMA lightweight crown in the Bellator 58 main event on Nov. 19, 2011 at the Seminole Hard Rock Hotel and Casino in Hollywood, Fla. For 18 minutes and six seconds, champion and challenger traded strikes, scrambles and attempted submissions, until the choke from Chandler brought the battle to a decisive close. It launched the Alliance MMA representative to instant stardom and remains Alvarez’s only defeat in 10 appearances under the Bellator banner.

As the two lightweights prepare for their rematch at Bellator 106 on Saturday at the Long Beach Convention Center in Long Beach, Calif., Sherdog.com provides readers with a blow-by-blow account of their epic first encounter. This is Chandler-Alvarez 1, as it happened: 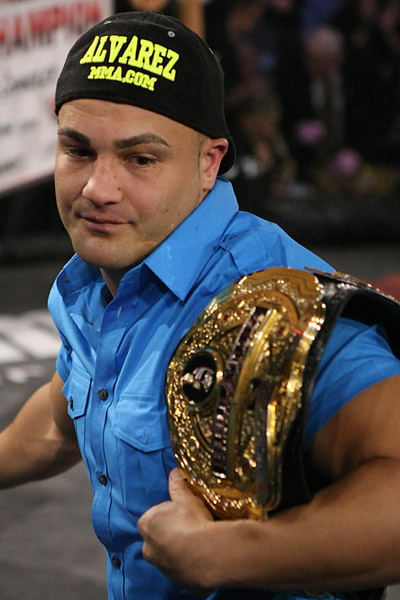 
Chandler comes out firing huge shots, dropping Alvarez with a Superman punch and following up with an unending salvo of blows; he drops the champion again near the cage. Alvarez fires back with heavy punches of his own before Chandler scores a takedown. This seems to give Alvarez a chance to regain his senses, and he quickly gets back to his feet and begins pot-shotting Chandler. Chandler continues stalking Alvarez, leaping in with left hooks and diving with takedowns behind them, as Alvarez patiently counters everything thrown at him. Alvarez sprawls on a double-leg attempt and tries to take Chandler’s back but fails to get his hooks in and slips over the top. Chandler then dives for a low double as Alvarez scoots away. They continue trading, and Alvarez lands a hopping switch knee; Chandler comes right back with a right hand. Incredible action as the round wears down. A right hand lands for Chandler, and a third floors Alvarez again. Chandler tries to pounce as the round comes to end, with the crowd going nuts.


Chandler lands a one-two to open the second round and follows up with a low left leg kick. The University of Missouri alum grabs a body lock against the fence and trips Alvarez to the mat; he gets back to his feet but is quickly dumped again. Chandler spins to Alavarez’s back, but the champion stands and spins away. Alvarez tries to pop in with jabs and straight right hands but cannot land as cleanly as Chandler thus far. Chandler shoots in, but Alvarez sprawls and grabs a front headlock; Chandler drops down to avoid any incoming knees. Alvarez seems to be searching for an anaconda choke, but Chandler recognizes it and stands, only to eat an Alvarez knee. Chandler pops Alvarez with a jab. Alvarez answers in kind and goes to the body with a straight right. Alvarez lands a right kick to the body and tries to follow up with a leaping left knee, but he gets tagged by a Chandler left hook for his troubles. Alvarez scores with a straight right of his own as the bell sounds. 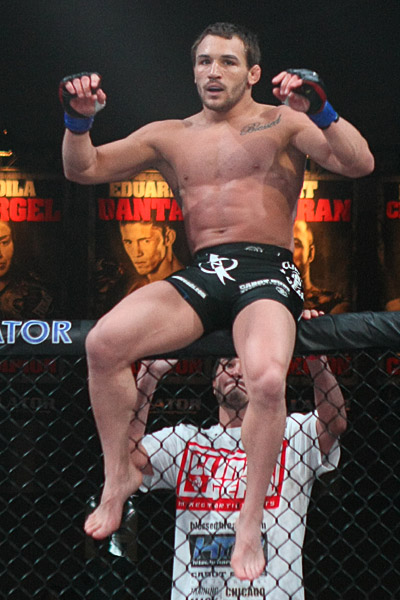 Photo: K. Mills/Sherdog.com
The victory made Chandler a star.
Both fighters are showing damage on their left eyes at the opening of the third round. Chandler is still pumping his jab, with Alvarez coming forward mixing up his punching combinations to the head and body. The champion lands a right over Chandler’s jab and then a right to the body underneath it. Chandler changes level, but Alvarez quickly jumps onto a front headlock. Chandler escapes but is under assault now. Alvarez begins landing in combination as Chandler unsuccessfully tries to circle away from the cage. Chandler with a desperate shot, but Alvarez sprawls on it easily and hammerfists at Chandler’s head before standing up and teeing off some more on a clearly spent Chandler. A huge right uppercut misses for the challenger, and Alvarez lands a straight right through it to counter. Chandler shoots again and manages to pin Alvarez on his knees against the fence. Alvarez looks for a switch but instead gets back to his feet as the round comes to a close. Outstanding fight so far.


Chandler looks to have recovered a bit in between rounds, as he is back to pumping his jab, but Alvarez is much fresher, popping in and out with pot-shotting rights to the body and lefts to the head. Chandler pops Alvarez with a left jab and just misses on a follow-up right straight. Now, Alvarez is looking a little lethargic, as Chandler is doing the stalking. A Chandler shot is defended, but Alvarez loses his balance and Chandler capitalizes with a right hand. A second right hand sends Alvarez to the fence, and Chandler pounces. Alvarez eats more punishment as Chandler gets to side control and soon has mount. A dazed Alvarez gives his back, and Chandler immediately grabs the rear-naked choke for the tapout, becoming the new Bellator lightweight champion at 3:06 of the fourth round. Incredible fight and quite possibly the “Fight of the Year” for 2011.