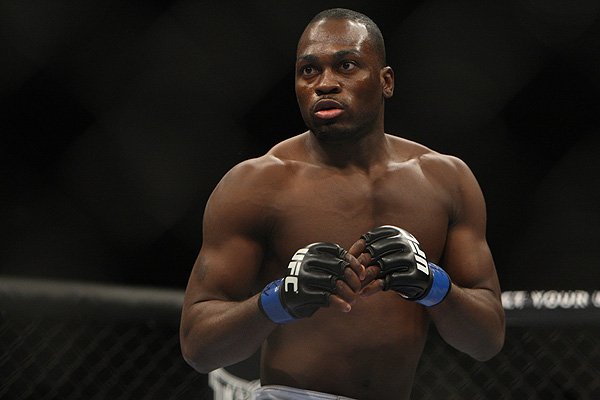 
When Cain Velasquez stepped inside the Octagon to fight Junior dos Santos at UFC on Fox 1 in November 2011, he was finished in a little more than a minute. A “Cigano” overhand right and follow-up strikes sealed his fate just 64 seconds into the bout at the Honda Center in Anaheim, Calif.

The two-time NCAA All-American wrestler told a different story in their rematch at UFC 155 on Saturday at the MGM Grand Garden Arena in Las Vegas. Despite coming in as a +170 underdog, Velasquez brutalized his Brazilian counterpart for five rounds, reclaiming the heavyweight title with 50-45, 50-44 and 50-43 nods from the judges.

Velasquez wore down the -200 favorite with constant pressure, a strong clinch game, heavy hands and brutal ground-and-pound. An overhand right in the first round dropped Dos Santos. He managed to hang in for all five rounds but looked bewildered and mounted virtually no meaningful offense. Velasquez’s takedown attempts were defended at first but became more effective as the fight wore on.

The oddsmakers must not have expected the Velasquez who decimated Brock Lesnar and knocked out Antonio Rodrigo Nogueira to show up. Perhaps the former Arizona State University wrestler’s claim that his performance against dos Santos 13 months ago was off because of an injury was not just an excuse.

Leben, a -150 favorite, is unquestionably one of the most durable fighters in the division but has struggled with personal problems throughout his career; he most recently finished out a one-year suspension after testing positive for Oxycontin following his second-round technical knockout loss to Mark Munoz at UFC 138.

A late replacement for an injured Karlos Vemola, Brunson landed takedowns and controlled much of the fight from top position on the mat, winning a unanimous decision by matching 29-28 scorecards.

Despite losing three out of his last four fights -- he also missed weight for his bout against Donald Cerrone at UFC 150 -- prior to facing Jamie Varner, Melvin Guillard walked into the Octagon at UFC 155 as a -125 favorite.

A former World Extreme Cagefighting champion, Varner was coming off a loss, as well -- a third-round triangle choke courtesy of submission whiz Joe Lauzon at UFC on Fox 4 in August. “The Young Assassin” pressed forward with powerful leg kicks and his jab, but Varner’s strong wrestling and signature right hand earned him 30-27 scores on two scorecards; one judge inexplicably saw it 30-27 for Guillard.

At +105, Varner was not a heavy underdog but effectively silenced the critics after having to step out of the same bout two weeks ago because of an illness.

Finally, Myles Jury scored the biggest upset of the night as far as betting odds go. The Alliance MMA representative walked in as a +200 underdog and decisioned Michael Johnson, a -240 favorite, winning all three rounds on all three scorecards.

The Brazilian jiu-jitsu brown belt made it look easy. He struck for takedowns and showcased his smooth grappling game, which included excellent positional control, multiple submission attempts and a combination of slick elbows and punches. With that, he put an end to Johnson’s three-fight winning streak and remained unbeaten in 11 professional appearances.