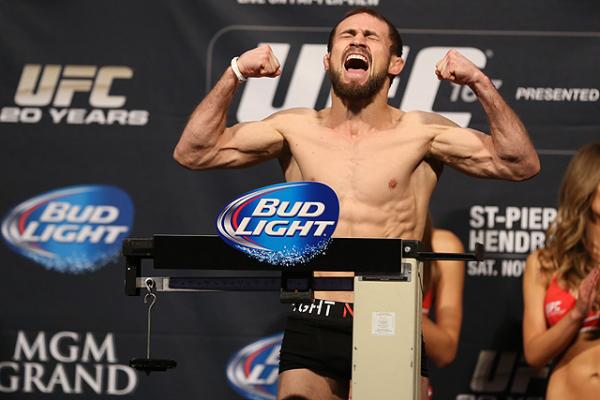 Ali Bagautinov will carry a 10-fight winning streak into his next appearance. | Photo: Dave Mandel/Sherdog.com

Bagautinov utilized accurate striking in capturing a unanimous decision -- scores were 29-28, 29-28 and 30-27 -- in the 125-pound battle. Although Elliott maintained a frenetic pace throughout, his Russian counterpart scored with crisp combinations against the Grindhouse MMA product and left the cage with his 10th consecutive victory. 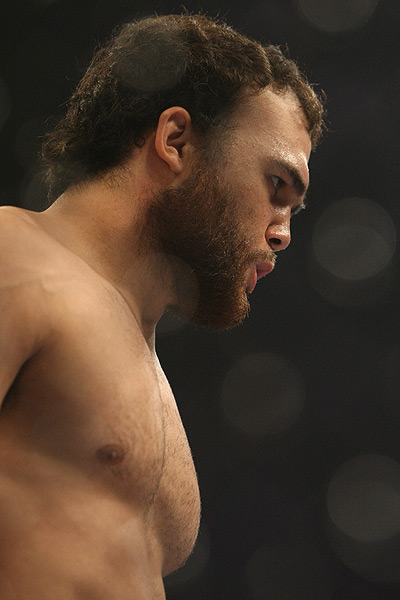 Lawler used leg kicks and crisp punches to draw MacDonald out of his comfort zone. The Tristar Gym export’s signature jab, rear leg kick and smothering top game were effectively shut down by Lawler’s takedown defense and overall aggression, as the rejuvenated 31-year-old authored the event’s most significant upset.

The UFC 167 main event, a five-round battle between welterweight champion Georges St. Pierre and challenger Johny Hendricks, ended in a controversial split decision for St. Pierre. Although two of the three cageside judges -- Sal D’Amato and Tony Weeks -- scored the bout for GSP, Hendricks was widely viewed as the victor.

Had he won the bout officially, it would only have been a minor upset, according to the oddsmakers. Despite more than 2,000 days as champion, St. Pierre was just a -215 favorite, with “Bigg Rigg” as a +182 underdog. Hendricks attacked with heavy left hands, sharp knees and takedowns until GSP was staggered, had difficulty seeing and, as he recalled during the post-fight press conference, suffered some memory loss.

Whether or not a rematch takes place depends on St. Pierre, who plans to take a break from MMA. If there is a next time for the world’s top two welterweights, the odds figure to be a little different.