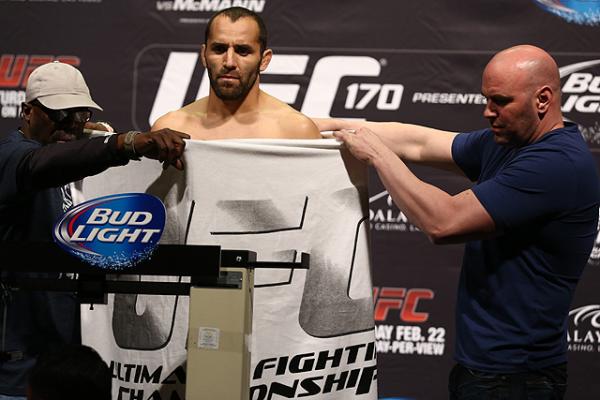 In his first Octagon appearance, Chavez -- a +245 underdog, according to BetDSI.com -- delivered the sole upset on Saturday at the Mandalay Bay Events Center in Las Vegas, as he claimed a split decision over Yosdenis Cedeno in a preliminary lightweight matchup. Cedeno entered the cage as a -295 favorite.

Chavez was positionally dominant, landing takedowns and ground-and-pound. Although Cedeno utilized superior striking and lightning-quick footwork, at least in the first two rounds, the Chavez ground game appeared far more seasoned and provided the difference in the fight.

Cedeno’s strongest round was the first, where he landed several solid kicks. However, Chavez, a purple belt in Brazilian jiu-jitsu, capitalized on a missed wheel kick and put the MMA Masters representative on his back. Though Chavez failed to do any significant damage and Cedeno managed to stand in the last few seconds of the round, the tone was set.

The second round clearly belonged to Chavez. Although Cedeno continued to work his leg kicks, Chavez countered nicely, landed a takedown to side control and transitioned to full mount. Round three was far more uneventful, with Chavez controlling the cage and Cedeno mostly circling to his left.

Two cageside judges, Junichiro Kamijo and Mark Smith, saw the fight for Chavez, with Kamijo scoring all three rounds in his favor. Tony Weeks scored it 29-28 for Cedeno.