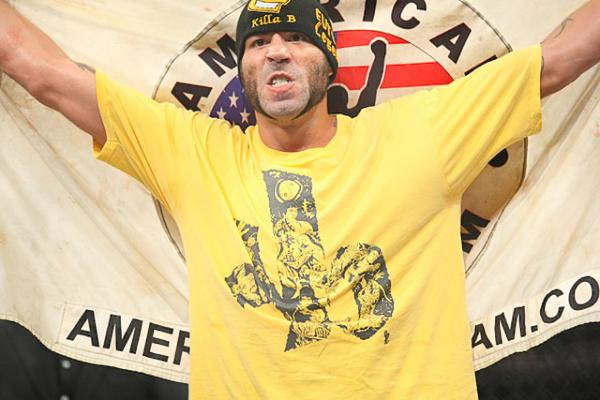 
Bellator MMA returns for another week of Viacom-sponsored violence, as Bellator 100 goes down on Friday from the Grand Canyon University Arena in Phoenix.

The event will showcase the Season 9 welterweight quarterfinals, as well as the twice-postponed Season 8 welterweight tournament final, featuring American Top Team homeboys Ben Saunders and Douglas Lima. Prior to the main card broadcast on Spike TV, the preliminary draw streams live to Spike.com.

Here is what to scope at Bellator 100:

Killa B Back for More


Presuming Lima does not succumb to a freak injury in the next few days, Saunders should finally receive his shot at redemption.

Following that defeat to Lima, Saunders came up short in the Season 6 draw but found himself on a roll in Season 8, outpointing Koffi Adzitso before turning out Raul Amaya’s lights with a first-round head kick. All of this momentum would come to a screeching halt, however, when Lima was forced to withdraw from his rematch with Saunders twice in the last six months.

Saunders now has a chance to avenge his loss to Lima and win his first Bellator tournament. Can he get the job done?


It has not been an easy road for Lima.

Arguably Bellator’s most explosive welterweight, “The Phenom” saw his title hopes dashed by Askren, who used his vaunted wrestling technique to drown the ATT Atlanta rep over the course of 25 minutes. The setback stands as Lima’s lone defeat in his last 13 fights, as the native Brazilian rebounded with knockout victories over Michail Tsarev and Bryan Baker to earn his spot in his second tournament final.

Then disaster struck in the form of a broken hand that postponed his rematch with Saunders from March to July. However, that meeting was also not to be, as Lima suffered torn cartilage in his ribs that pushed the fight back nearly two more months.

Finally healthy, can Lima earn both his second win over Saunders and another title shot? 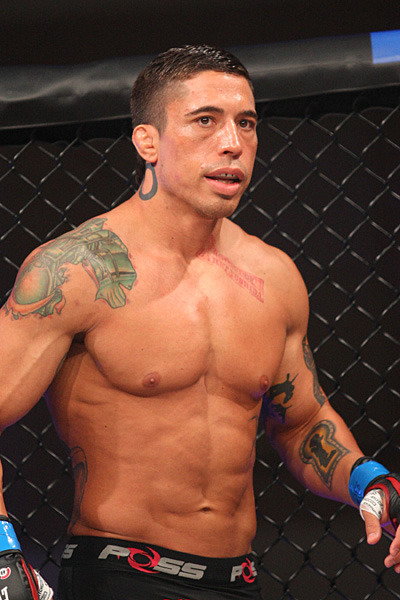 Photo: K. Mills/Sherdog.com
War Machine is 8-2 since his UFC release.
Putting all personal issues and ring rust aside, I think War Machine has what it takes to win the Season 8 tournament.

After serving a pair of jail sentences that kept him out of action for the majority of the last three years, excluding a November 2011 victory over Roger Huerta, the fighter formerly known as Jon Koppenhaver finally made his Bellator debut in June, scoring a first-round technical knockout over Blas Avena. The victory was not the prettiest thing in the world, as Avena appeared to hurt the UFC alum early with knees to the body. Nevertheless, War Machine persevered and scored a takedown, pounding out Avena with punches from side control.

Provided War Machine polishes away some of the rustiness that was apparent against Avena, I think the 31-year-old has the physical tools to give almost any welterweight in Bellator a run for his money. Mentally, the former “Ultimate Fighter” contestant has always appeared unstable, but War Machine now appears to have found a measure of peace while being backed by his girlfriend, adult film star Christy Mack.

It would not be the most conventional success story, but if War Machine take this Season 9 tournament, it would serve as a large step toward fulfilling the potential many saw in him as a green-as-grass prospect on Season 6 of “The Ultimate Fighter.” Before we can talk title aspirations, however, War Machine must first get past once-beaten Canadian Vaughan Anderson.


Brent Weedman has been through his share of adversity as a member of the Bellator roster.

Debuting with the promotion as a welterweight back in 2010, Weedman came up short in both the Season 4 and Season 5 tournaments, prompting the Kentuckian to cut to lightweight for a Season 6 run that ultimately came to a close with a unanimous decision defeat to Rick Hawn in the tournament final.

Though he found success at 155 pounds, the weight cut proved taxing, and Weedman decided to move back to 170 pounds while retooling his training methods to encourage the gain of lean muscle mass. Everything seemed to be in place for a serious run at the Season 8 tournament title, but Weedman suffered an injury in his quarterfinal victory over Marius Zaromskis that halted his momentum.

Will Weedman’s fifth tournament prove to be the one that earns him a shot at Bellator gold? Up first, the veteran must take on 32-year-old Californian Justin Baesman in the quarterfinals.


Make sure to keep an eye on Bubba Jenkins during the preliminary card.

The former NCAA Div. I national champion wrestler made a successful Bellator debut in July, when he scored a second-round technical knockout over Mike Barreras. Jenkins has thus far lived up to his “Highlight Kid” nickname, scoring stoppages in each of his first four pro fights.

Still, his wild and reckless approach in his last bout had me thinking that an upset might have been brewing, considering how tired both fighters became due to the insane pace. Jenkins may need to turn down the excitement dial just a notch or two in favor of strategy. While I appreciate that this skilled wrestler is apparently hell-bent on bucking any lay-and-pray stereotypes, I think a little restraint would aid Jenkins at this juncture. I also believe as he develops more control and becomes more comfortable in the cage that we will see some special things from him.

How much has the prospect improved since his last fight and how will he fare against fellow unbeaten prospect Larue Burley?