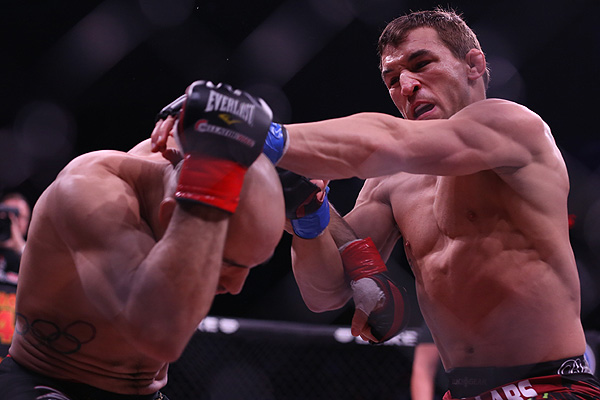 Michael Chandler has emerged as one of the world’s premier lightweights. | Photo: Dave Mandel/Sherdog.com


It took Michael Chandler less than three years to become the crown jewel of the Bellator MMA promotion.

A lucrative eight-fight contract extension in his back pocket, Chandler will defend his lightweight championship against Season 8 lightweight tournament winner David Rickels at Bellator 97 on Wednesday at the Santa Ana Star Center in Rio Rancho, N.M. The event, which will air on Spike TV at 7 p.m. ET, will mark the end of the 2013 Bellator Summer Series.

An NCAA All-American wrestler at the University of Missouri, Chandler captured Bellator’s 155-pound title in November 2011, when his rear-naked choke brought a dramatic and decisive close to his unforgettable encounter with Eddie Alvarez. The 27-year-old Alliance MMA export last appeared at Bellator 85 in January, when he forced Olympic judoka Rick Hawn to surrender to a second-round choke at the UCI Bren Events Center in Irvine, Calif. Chandler has delivered nine of his 11 professional victories by knockout, technical knockout or submission.

Rickels will enter the cage on the strength of a four-fight winning streak, having earned his crack at the gold with a second-round TKO against Saad Awad in the Season 8 lightweight tournament final at Bellator 94 in March. A 24-year-old Derby, Kan., native, “The Caveman” has not lost since downshifting to 155 pounds following a split decision loss to Karl Amoussou in May 2012. Rickels has never been finished in 15 career outings.

With Chandler as the centerpiece, here are 15 facts surrounding Bellator 97:

FACT: The Santa Ana Star Center opened on Oct. 21, 2006 at a cost of $47 million and was designed by Sink Combs Dethlefs, the same Denver-based architectural firm behind Oklahoma City’s Chesapeake Energy Arena, which serves as the home of the NBA’s Oklahoma City Thunder.

FACT: Ben Askren was a four-time NCAA All-American wrestler and two-time national champion at the University of Missouri, where he compiled a 153-8 record. He remains one of only two wrestlers, Cael Sanderson being the other, who has been awarded the Dan Hodge Trophy -- college wrestling’s equivalent to football’s Heisman Trophy -- more than once.

FACT: Jacob Noe hails from Brighton, Tenn., a small 2.7-square-mile town in the Southwestern quadrant of “The Volunteer State” with a population of roughly 1,700.

FACT: Undefeated in 13 professional bouts, Russian welterweight Andrey Koreshkov has finished eight of his opponents in the first round.

FACT: A four-time world sambo champion, Vitaly Minakov has made a seamless transition to mixed martial arts. The 28-year-old Russian has compiled a perfect 11-0 mark, having delivered five knockouts in less than a minute. 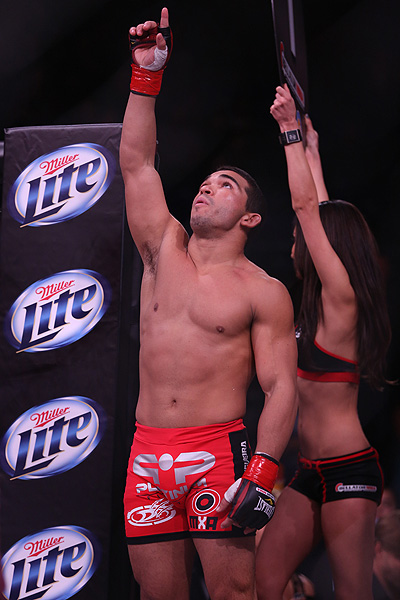 FACT: Eighteen of Reign MMA representative Keith Berry’s 25 bouts have ended inside one round, 10 of them in 65 seconds or less.