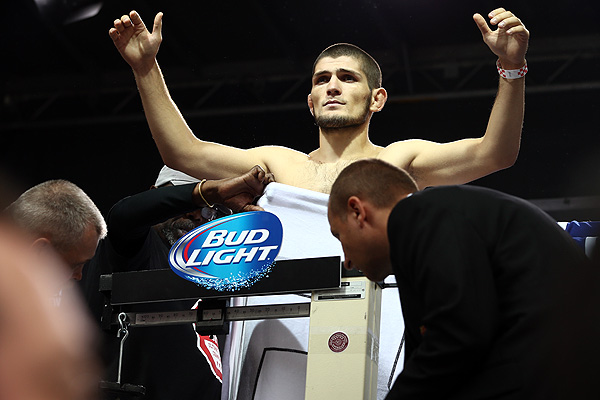 GROZNY, Chechnya -- Cage Warriors 58 was held on Aug. 24 in a region the British Foreign & Commonwealth Office deemed a “no-go” zone. Such has been the turmoil in Chechnya since the 1990s, when its capital acquired the terrifying United Nations label of “most destroyed city on earth.”

It seemed unlikely that Cage Warriors Fighting Championship President Graham Boylan would take the United Kingdom-based promotion to such a place. However, CWFC officials have set an ambitious bar with expansion, holding events in Jordan, Lebanon and the United Arab Emirates. In Grozny, they found a city with a rich martial arts history that appeared tailor-made for such an event.

I landed at Grozny Airport, where I was received with rapturous applause. A quick look around revealed the intended recipient. Abuyazid Mantsigov, the returning Greco-Roman wrestling junior world champion, was walking right next to me. Old men and children danced, embraced and sang joyously. From the moment one sets foot in this tiny republic -- it is far more than the birthplace of suspected Boston Marathon bombers Tamerlan and Dzhokhar Tsarnaev -- it becomes clear that athletic achievement results in the kind of buzz that is hard to ignore.

The Northern Caucasus region carries a rich story, pairing unending conflict with unimaginable resilience. It was a vital transit point for many feared conquerors and civilizations, from Genghis Khan to the Russian czars. Cage Warriors already has plans for a follow-up event in nearby Dagestan’s restive capital of Makhachkala, and it seems appropriate that these two Russian republics would spearhead the organization’s venture into their region. Over the last two centuries, their tribal ancestors were perhaps the most feared men the Russian army ever faced. Daring raids and outstanding feats of bravery mythologized their exploits among European travelers. “Heart” is one of those frequently discussed but rarely defined intangibles in mixed martial arts, and the people in this part of the world have it in spades.

In 2008, journalist C.J. Chivers aptly descriped the athletic culture of the region for the New York Times: “In Chechnya, the tiny and mostly sealed-off land where male fitness and martial courage are celebrated and codes of honor are passed down through generations, sports that pit one man against another in a contest of strength, skill and stamina have an intensive following. Young Chechen men learn judo, and to box and to wrestle. In wrestling circles in particular, Chechens are regarded as among the best in the world.” 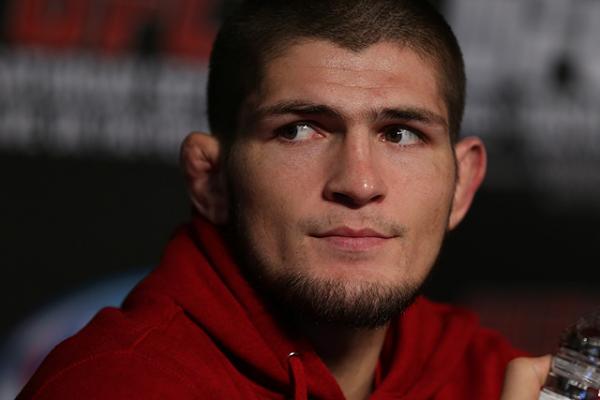 Photo: D. Mandel/Sherdog.com
Nurmagomedov is 21-0.
The intensity of the following is difficult to explain, though most of the clichés are true. Here, boys can develop cauliflower ears before their 10th birthday. Still, it would be romantically naïve and perhaps even insulting to suggest the current crop of martial artists have filled the shoes of their forefathers. MMA is a sport, after all, and nothing approaches the suffering of war. One part-time employee of the ministry for sport in Chechnya I talked to had lost both parents during his early adolescence. During a walk to one of the new MMA gyms popping up in Grozny, he assured me that he was stronger because of the experience, wrenching though it may have been.

These gyms house the next generation of Chechen fighters, a generation that trains not exclusively in sambo or wrestling but in MMA. Such resolute spirits can be found in many Chechens and Dagestanis, as tragic loss rings true for most. So few were left untouched by the two most recent wars; some estimates place the casualty count somewhere north of 200,000. Everyone has a story to tell, and when Matt Inman chose the Rolling Stones’ rock anthem “Gimme Shelter” as his entrance song for Cage Warriors 58, he might not have realized the nature of his song choice was so appropriate.

Grozny has changed dramatically from a decade ago, when most buildings did not have ceilings. Today, money flows in from the Kremlin so regularly that Chechen President Ramzan Kadyrov has joked about not knowing what to do with it all. Even so, massive construction projects are under way in the city center.

Kadyrov leads from the front in regards to his appreciation for the martial arts. He purchased all the tickets for Cage Warriors 58, and an infectiously jubilant crowd was rewarded for their attendance. Cheers reverberated throughout the Akhmad Kadyrov Arena when Khusein Khaliev submitted Mihail Serdyuk with an arm-triangle choke and then dedicated his victory to the Chechen leader. A huge boxing fan, Kadyrov regularly spars with ministers as “playful punishment” for incompetence and once welcomed Mike Tyson for a visit.

The Ultimate Fighting Championship, Bellator MMA and countless gyms across North America have ramped up the pursuit of local fighters. The world-ranked Mamed Khalidov remains Chechnya’s most respected MMA export, having posted a 25-1-2 record in his last 28 bouts. Dagestan’s Khabib Nurmagomedov has already made waves in the UFC’s lightweight division, and welterweight Adam Khaliev will soon join him inside the Octagon. The signings only figure to continue, as the talent present in the Caucasus region is no longer a secret.