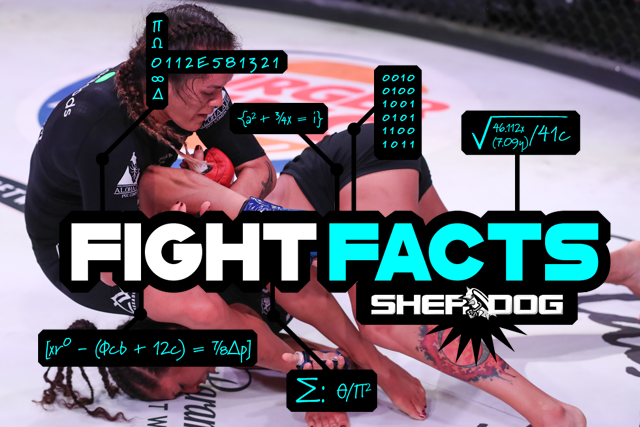 Bellator MMA on Friday descended upon the city of Temecula, California, for the 10th time, bringing a whirlwind of fights to The Golden State. Bellator 201 included the first main event featuring women’s flyweights, a knockout artist who did what he does best and the continued rise of a few highly touted prospects.

ILIMINATED: Remaining undefeated dating back to her five-fight amateur career, Macfarlane successfully defended her women’s flyweight strap by submitting Alejandra Lara via third-round armbar. Half of Macfarlane’s eight pro wins have come by some form of armbar.

EXCLUSIVE COMPANY: By retaining her title against Lara, Macfarlane became only the second female fighter in Bellator history to successfully defend a championship. In 2017, current women’s featherweight titleholder Julia Budd became the first female fighter to do so.

NOTHING TO BE SAAD ABOUT: Putting away Ryan Couture in the first round of their co-main event, Saad Awad picked up his 10th career win by knockout and his sixth with Bellator. Awad is now tied with six other fighters for the fourth-most knockout victories in promotional history, trailing only Douglas Lima (eight), Patricky Freire (eight) and Hector Lombard (seven).

COMPANY MAN: Awad’s bout with Couture was his 17th inside the Bellator cage, tying him for sixth on the all-time list with Curran and Alexander Shlemenko. Only David Rickels, Joe Warren, Michael Chandler, Patricio Freire and Patricky Freire have more Bellator appearances. Of those fighters, Awad is the only one who has never fought for a title.

GRASPING AT STRAWS: In the last five years, the only two fights to occur in the Bellator women’s strawweight division have involved Keri Anne Taylor-Melendez, who has won both by first-round stoppage. While Jaimee Nievara and Stephanie Frausto were scheduled to compete at women’s strawweight at Bellator 154 in 2016, the bout took place at a 120-pound catchweight because Nievara missed weight.

TAKES JUAN TO KNOW JUAN: With his third-round knockout of Robbie Peralta, Juan Archuleta extended his winning streak to 14 fights. His run dates back to 2015. Archuleta has won five of his last eight by knockout.

FORTUNE AND FAME: Twin brothers Tyrell Fortune and Tyree Fortune both compete under the Bellator banner, and after the former’s knockout Giovanni Sarran, the 27-year-olds own a combined record of 6-0 with the promotion.

NEVER SAY NEVER AGAIN: Coming into Bellator 201, Lara (eight fights) and Sarran (seven fights) had never been stopped, Joshua Jones had never gone the distance (nine fights) and no Bellator headliner had ever featured fighters from the women’s flyweight division.