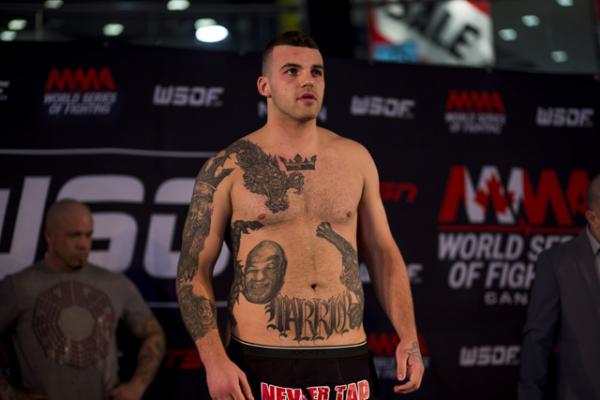 
MMA champions are usually thought of as “faces” of the company in which they compete, and at the very least, they are well-thought-of by the powers that be. World Series of Fighting heavyweight champion Smealinho Rama does not feel the kind of love ahead of his first title defense.

The once-beaten Canadian will put his championship on the line against Blagoi Ivanov in the WSOF 21 co-main event on Friday at the Edmonton Expo Centre in Edmonton, Alberta. The matchup has Rama questioning his place in the company.

“I didn’t really agree with the fight itself,” the 23-year-old told Sherdog.com. “Obviously, the WSOF doesn’t want me to be champion because of who they matched me up with. [Ivanov] trains with [WSOF President Ray] Sefo and is getting a title fight off a loss in his last fight, which was in another promotion. How does that look to you? He trains with the president of the company and now he gets a title shot? You tell me how it goes.”

Ivanov suffered his first career defeat in his most recent outing, as he was submitted in the second round of his Bellator 120 clash with Alexander Volkov in May 2014. Now, he will make his World Series of Fighting debut in a title fight against Rama, who won the championship with a 51-second knockout of Derrick Mehmen at WSOF 14 on Oct. 11.

Along with having to face someone he views as an undeserving challenger, Rama is unhappy with the difference in pay between himself and other fighters under the WSOF banner. However, he plans to use his grievances as motivation to defend his title.

“I’m getting paid a quarter of what the other guy’s getting paid,” Rama said. “I’m not worried about any of it. I don’t know how I’ve managed to upset anybody, but whatever happens, I don’t mind. I’m always going to give my best and see what happens.” 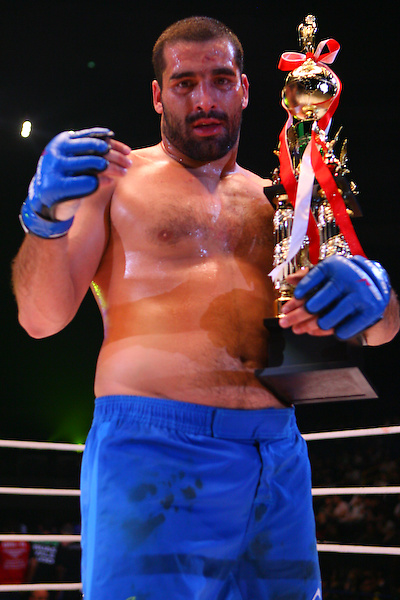 (+ Enlarge) | Photo: Daniel Herbertson/Sherdog.com
Ivanov is 11-1.
Despite his apparent displeasure with the lead-up to the fight, Rama has tried to keep everything in perspective. However, should the opportunity arise, he would listen to offers from other promotions such as Bellator MMA and the Ultimate Fighting Championship.

“It’s completely transparent what happened,” Rama said. “I don’t mind. The thing with the fight game is that it’s a business and you can’t take it personally. If somebody offers me more money, who wouldn’t go for more? Everybody at the WSOF treats me well, but their actions are speaking louder than their words; but I don’t mind. I love MMA and nobody can ruin that for me, but if the right offer came along, I’d be more than happy to take it.”

The win over Mehmen made Rama 2-0 in WSOF competition and gave him three straight victories since his only career setback, a second-round head-kick knockout loss to Anthony Hamilton at a Maximum Fighting Championship event in October 2013. He has eight finishes among his nine professional victories, going the distance only one time -- a unanimous decision victory over Steve Mocco in Rama’s WSOF debut.

Even though Rama questions whether Ivanov has earned his place, he knows he will have his hands full against the Bulgarian. Ivanov was a gold medalist at the 2008 World Sambo Championships, where he defeated the great Fedor Emelianenko in the semifinals.

“He is a tremendous athlete and a good grappler,” Rama said. “I know he’s going to come out swinging hard, trying to close the distance and trying to get it to the ground. One thing, though, is that [if] he puts me on the ground, I’m going to outwork him. I feel like I’m a top-level guy. A lot of it is going to be timing his punches, having good takedown defense on my part and working for submissions if I’m on the bottom; or if I can’t necessarily work submissions from the bottom, execute some sweeps and escapes into side control.”

Ivanov will be one of Rama’s toughest opponents to date, as he holds victories over onetime Pride Fighting Championships mainstay Kazayuki Fujita, former UFC heavyweight champion Ricco Rodriguez and Strikeforce veteran Lavar Johnson. Regardless, Rama thinks he is in a good place ahead of the fight.

“Camp is going good,” he said. “I’m in the last week and just wrapping it up. I’ve got a few more days to go, and I always go into the fight confident. I don’t have to cut weight, so there’s nothing to worry about there. I train hard and am in the middle of the weight class. I focus on strength and athleticism, and I don’t have to worry about cutting weight. I’m glad I don’t have to go through that pain. My thought is, ‘Why are you doing it to yourself?’ If you’re within 10 pounds of a weight class, then go down, but why walk around at 197 and kill yourself to make 170? There are guys who walk around at 190 making 155. I just feel if you train and eat properly, you’ll be at the weight you’re supposed to be at and it will work out for the best.”