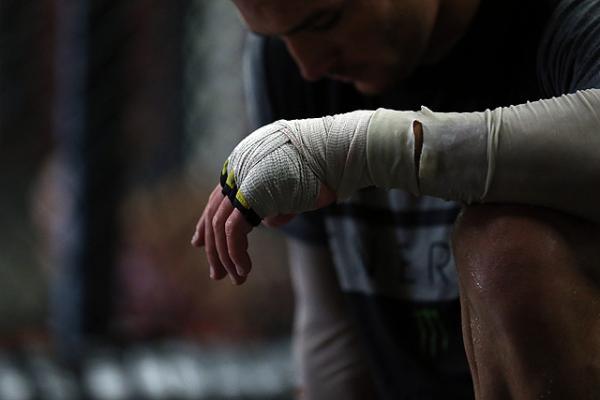 While contemporary mixed martial artists practice a highly synthesized hybrid form of combat, the early days of the sport saw traditional martial arts practitioners pitted against each other in an effort to determine not only the best fighter but the most effective style. They brought to the masses the building blocks of modern MMA.

Wrestling: One of humanity’s oldest forms of competition, wrestling was included in the ancient Olympic Games. That tradition has carried into the modern era, with many different forms currently practiced around the world, including Greco-Roman, freestyle, collegiate and folk styles. With an emphasis on physical fitness and explosiveness, wrestling makes for an ideal base in MMA. Fighters who possess superior wrestling skills are able to decide where the fight will take place by either dragging their opponents to the mat or preventing a takedown. Competitors have used the grappling style to win numerous world titles, with wrestlers like Mark Coleman, Randy Couture, Matt Hughes and Dan Severn dominating their peers and carving out a new respect for their sport as an effective form of self-defense.

Boxing: Much like wrestling, boxing can trace its roots back to ancient Greece, where techniques from both arts were combined to create the free-fighting hybrid form of pankration. Though the sport has undergone many rule changes and safety revisions, one element of boxing has always remained constant: fighters may only strike each other with their fists above the waist. Boxing’s world heavyweight champion was revered for years in western culture as the best fighter alive, though boxers have thus far found little success in MMA, as evidenced by former International Boxing Federation champion James Toney’s ill-fated Ultimate Fighting Championship debut in 2010.

Brazilian Jiu-Jitsu: Though Brazilian jiu-jitsu only recently became a well-known commodity in the United States, the art has been used for decades in its country of origin, both in the streets and in organized bouts. The style sprang from one of the best-known origin stories in all of martial arts, as the physically feeble Helio Gracie observed and refined the judo techniques taught to older brother Carlos by Japanese master Mitsuyo Maeda. Together, the brothers founded their synthesized style, which heavily emphasized leverage and technique over brute force and athleticism. Nearly 80 years after Brazilian jiu-jitsu was founded, Helio’s son, Royce, established BJJ as the first dominant style in MMA by winning three of the first four UFC tournaments.

Judo: Judo was founded in 1882 by Jigoro Kano after several years of studying traditional Japanese jujutsu -- a grappling art developed by the samurai more than 300 years earlier. Kano refined those jujutsu techniques and created not only a method of self-defense but also a sport, with men’s judo joining the Olympics in 1964 and the women’s division following suit in 1992. Judokas are not allowed to strike, and a match can be won by submission, pin or a throw -- called an ippon -- that plants an opponent on his or her back with force and control. Famous practitioners of judo in MMA include Ronda Rousey, Karo Parisyan and Rick Hawn.

Muay Thai: Likely the most popular striking style in mixed martial arts, muay Thai is known for its brutal effectiveness. Muay Thai differs from western kickboxing in that combatants wear no padding on their shins or feet and may attack both above and below the waist using their hands, feet, elbows and knees. “The Art of Eight Limbs” was developed hundreds of years ago in Southeast Asia and is characterized by its powerful strikes and reliance on the low kick, which has become a favorite weapon of many mixed martial artists today.

Karate: Karate was brought to mainland Japan during the early 20th century, but the striking art’s origins date back several hundred years prior. The style was brought to the United States following World War II and has been publicized by its many appearances in film and television. Despite its popularity, however, karate was initially viewed by MMA fans as an archaic system that had little utility in a real fight. More recently, however, karate regained a significant measure of respect when karateka Lyoto Machida won the UFC light heavyweight championship in 2009.

Sambo: The Russian art of sambo is a hybrid combat style that was developed by the Soviet Union army in the 1920s. Similar in philosophy to Israel’s krav maga, sambo was created to include the most effective techniques from a variety of styles. Combat sambo closely resembles mixed martial arts, though competitors wear headgear, shin protectors and a gi top. Noted for its emphasis on leg locks and throws, sambo has given MMA the likes of Andrei Arlovski and Fedor Emelianenko, a man some still regard as the greatest fighter of all-time.