Jon Fitch (file photo) had a big third round against B.J. Penn at UFC 127. | Sherdog.com


The tactical 15-minute chess match between B.J. Penn and Jon Fitch in the UFC 127 main event ended in a majority draw on Sunday at the Acer Arena in Sydney Australia. The result left more questions than answers surrounding two of the sport’s premier fighters.

Neither man has a clear path before him. Fitch has long campaigned for a rematch with welterweight champion Georges St. Pierre, but few outside his inner circle seem overly interested in a second bout between the two. St. Pierre plastered Fitch for five rounds at UFC 87 in 2009 and shows no signs of slowing down. Fitch, a 13-1-1 record in the UFC in tow, still may find himself on the outside looking in.

Even more uncertainty surrounds Penn. Back-to-back losses to Frankie Edgar cost the Hawaiian his title at 155 pounds and sent him back to the welterweight division, where his results have been mixed. Penn has not won two fights in a row at 170 in nearly seven years. The draw with Fitch prolonged the drought.

A closer look at five matches we want to see after UFC 127 follows:

B.J. Penn vs. Jon Fitch: Let us hope common sense prevails and these two meet one more time, perhaps this summer. Scores like this need to be settled. Plus, if St. Pierre happens to vacate his crown between now and then in favor of a super fight with middleweight king Anderson Silva, the UFC has a built-in title bout ready to go. Though their first 15-minute encounter ended in a draw, Fitch finished as the stronger of the two. Penn kept him off balance with takedowns and submission attempts from the back in the first two rounds. Fitch, however, dominated the final five minutes, as he smothered Penn from the top with a relentless stream of punches, hammerfists and elbows. Unfinished business between Edgar and Gray Maynard leaves Penn with fewer options at 155 pounds, which makes a rematch with Fitch even more of a must. 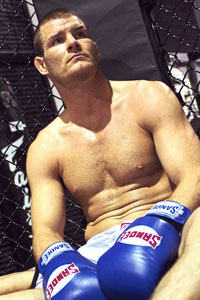 
Michael Bisping vs. Demian Maia: For all the flak he receives, Bisping has emerged as an excellent middleweight deserving of his place in the Top 10. The 31-year-old Wolfslair Academy representative failed in his first bid to crack into the upper echelon at 185 pounds in 2009, when he was victimized by Dan Henderson’s highlight-reel knockout at UFC 100.

Three consecutive wins -- the latest a second-round technical knockout against Jorge Rivera in Australia -- have put Bisping in position to make another significant move up the ladder. Maia presents a myriad of challenges as one of the sport’s top ground fighters.

His standup may lack firepower, but on the floor, few are better. A victory against Maia could thrust Bisping into a title eliminator against the Chael Sonnens, Yushin Okamis or Nate Marquardts of the world.

Dennis Siver vs. Evan Dunham: Siver threw a monkey wrench into the lightweight division with his unanimous decision over George Sotiropoulos at UFC 127. Most foresaw the Aussie hustling Siver on the ground, but Sotiropoulos never managed to get the fight horizontal. Two ringing left hooks from Siver produced first-round knockdowns, and his superiority on the feet carried the Russian-born German to the most significant victory of his career. Dunham carries with him many of the same skills Sotiropoulos possesses, though he has proven himself a superior wrestler and striker. Reeling from back-to-back losses to Sean Sherk and Melvin Guillard, Dunham figures to enter his next Octagon appearance with a sense of desperation.

Brian Ebersole vs. Carlos Condit: Ebersole crashed the party at UFC 127, as he outworked and outfought Chris Lytle and scored a unanimous decision. A late replacement for the injured Condit, he made the most of the opportunity presented to him in his UFC debut. The 62-fight journeyman nearly finished the durable Lytle in the second round, as he leveled him with a knee to the chin against the cage and later threatened him with a brabo choke. Seasoned by battles against high-caliber competition in various weight classes, he seems better prepared than most Octagon newcomers. Many hoped the Condit-Lytle match would take place once the former WEC champion mended, provided Lytle passed his test with Ebersole. He did not. Condit will need a suitable challenger upon his return, and Ebersole proved himself more than worthy Down Under.

Kyle Noke vs. Court McGee: Unbeaten in three UFC appearances, Noke wiped out Chris Camozzi at UFC 127. The Aussie finished their brief encounter with a rear-naked choke in less than two minutes, positioning himself for a nice boost in competition. McGee never crossed paths with Noke during their time on Season 11 of “The Ultimate Fighter.” Noke was eliminated in the quarterfinals by Kris McCray, the man McGee ousted in the final. McGee will face his next test on an impressive seven-fight winning streak. Why not give him Noke?