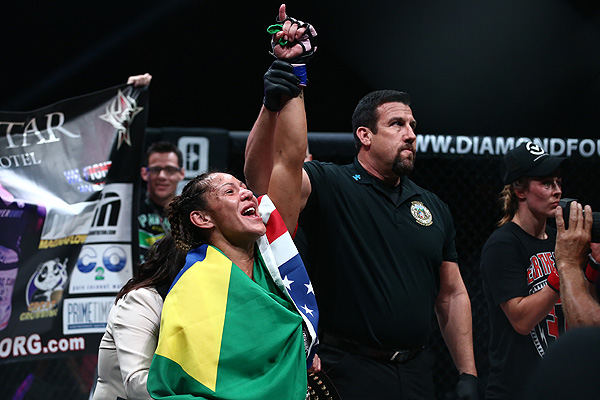 Invicta may have to get creative to find competitive matchups for Cristiane Justino. | Photo: Dave Mandel/Sherdog.com


Seven of the 11 fights at Invicta Fighting Championships 6 went the distance on Saturday at the Ameristar Casino Hotel in Kansas City, Mo., but it was not due to stall tactics or lay-and-pray; it was not due to athletes circling endlessly or engaging in bouts that looked like glorified sparring matches; and it was not, as some women’s MMA detractors would have us believe, due to the fact that females lack power, as previous Invicta shows have featured as many as 10 finishes.

No, the high percentage of fights that reached the judges can be traced to one factor: good matchmaking.

Smaller promotions have a difficult time finding two women with similar records and skill levels, often asking fighters to agree to compete at a higher weight class. Invicta matchmaker Janet Martin, who compares her job to that of a college recruiter, puts in hours studying footage and researching fight camps to create the most even matchups possible, even on cards riddled with injuries.

There have been missteps, of course. The first Invicta show featured a mismatch between Ashleigh Curry and Liz Carmouche, while the promotion’s follow-up event pitted Barb Honchak against Bethany Marshall. Honchak had already faced Cat Zingano, Felice Herrig and Roxanne Modafferi, while Marshall was entering her fifth professional bout.

However, as the promotion has grown and the process has become more refined, criticisms have lightened and discussion has turned to the competitiveness of the fights themselves.

Unlike many smaller promotions, Invicta seems to shy away from building contenders by creating stars and allowing top fighters to cherry pick opponents for the purpose of padding their records. Invicta throws them into the same pot and allows the chips to fall where they may.

Take prospects Tecia Torres and Rose Namajunas, for instance. Both entered their fight at Invicta FC 6 with 2-0 records. Many organizations may have opted to create more of a buildup by allowing these two up-and-coming standouts to strengthen their records with wins against less-skilled opposition. Instead, Invicta gave the fans what they wanted when they wanted it. The “Tiny Tornado” ultimately defeated Namajunas with swift footwork, slick combinations and stellar submission defense.

Meanwhile, Gracie Barra Katy’s Lauren Taylor and Sara D’ Alelio engaged in an all-out battle in which Taylor held a slight edge because of takedowns and precise striking; and Emily Kagan and Ashley Cummins went at it in a striking and clinch battle that resulted in a split decision -- one of many fights that could have gone either way.

It is virtually impossible to find a suitable opponent for Cristiane Justino, so “Cyborg” figures to be a heavy favorite entering the cage for some time to come. Still, Invicta seems committed to creating fewer matches with strong favorites and predictable outcomes. That is how you build a division. In the short-term, it may be more pleasing to see a bunch of quick finishes, but to develop long-term contenders, promotions have to avoid easy fights, create a high level of competition and see who rises to the challenges.

As Martin puts it, you leave it in the hands of the athletes.