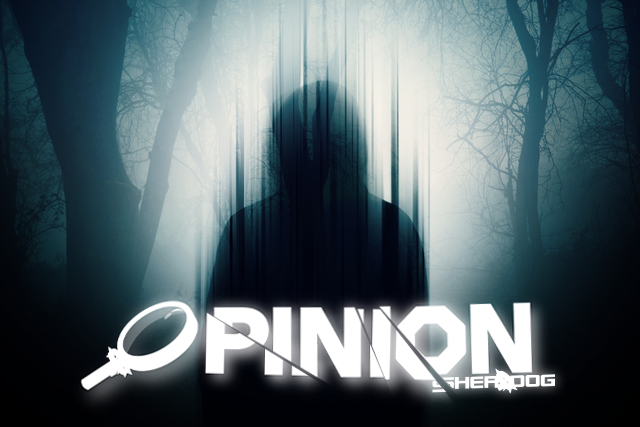 
A couple of months ago at UFC 261, Chris Weidman suffered a horrific leg break when his kick was checked by Uriah Hall. Fans instantly brought up Weidman's rematch with Anderson Silva at UFC 168, in which Silva was the one whose kick was checked, resulting in his own awful break. The parallels between the fights are many. In both cases, a legendary but declining former champion was involved in a rematch where they were roughly even money, and an intriguing contest was prematurely ended when their leg kick was checked, resulting in a gruesome, memorable injury. Weidman and Silva were even similar in age when it happened: Weidman was less than two months shy of his 37th birthday, while the “Spider” was 38. In many ways, the fights can be considered mirror images of one another. However, since Weidman was the victor the first time around and the loser the second time, suffering the same fate he had once inflicted, let us call them dark mirror images of one another.

With MMA being the cruel mistress that it is, one won't be surprised to learn that examples of this abound in the sport. However, not all are particularly interesting. For instance, we frequently observe a dynamic striker known for fast finishes being knocked out quickly themselves. Consider Abdul Razak Alhassan, who had an electrifying knockout of Niko Price with a barrage of punches in 43 seconds, only to later suffer a very similar loss against Kalinn Williams, being rendered unconscious in just 30 seconds. This shouldn't come as a surprise. In aggressively pursuing a finish from the opening bell, a fighter has to take major chances and expose himself to counters. They are thus not only more likely to knock out their opponent, but to be knocked out themselves.

Similarly, we see fighters known for out-grappling their opponents suffer the same fate later in their careers. Consider how badly Patrick Cummins, a two-time NCAA All-American and U.S. national team member in wrestling, suffocated Kyle Kingsbury with takedowns and top control. And then, a few years later, he suffered a very similar loss against Corey Anderson, who took him down roughly 57 times during their fight. (All numbers approximate!) Again, this isn't too shocking. Wrestling skill, like everything else, declines with advanced age, and turning the fight into a pure wrestling contest makes fighters more susceptible to being taken down themselves. However, there are examples of these dark mirror images that are utterly strange and unique. Almost eerie, as if the MMA gods are having a laugh at the fighters who put their hearts and souls into the sport.

The specific pair of fights that inspired this article both star Sodiq Yusuff. In his victory over Andre Fili, Yusuff utterly dominated Round 1. Then, in Round 2, he took advantage of a lucky circumstance to win the stanza. In this case, it was catching Fili's foot off a kick to take him down and spend the round on top. While Fili is a better wrestler overall than Yusuff, and very unlikely to be taken down by Yusuff from a shot or clinch, he is relatively poor at getting up from his back. Thus, Yusuff seized a rare opportunity to be in top position against him. While it was great execution by Yusuff, one can hardly rely on catching an opponent's kick as a consistent strategy. Then, in Round 3, Yusuff was notably tired, and Fili beat him up. Yusuff won a deserved decision, two rounds to one.

Now, what happened in Yusuff's very next fight, against Arnold Allen? Well, Allen dominated Round 1. Then, in Round 2, Allen took advantage of a lucky bounce to win that round, too. In this case, I had Yusuff slightly ahead in the striking until Allen landed a head kick that stunned the Nigerian prospect. While he pulled it off excellently, landing a head kick is not a consistent strategy in modern MMA, especially for Allen, and it turned around a period I had him barely losing. Then, in Round 3, it was Allen who was notably tired, and Yusuff beat him up. Allen won a deserved decision two rounds to one.

I don't know about you, but I think this is utterly crazy! Not only is it incredible, the level of detail that is similar between these fights, but there is no easy way to rationalize it. Like many explosive strikers, Yusuff is at his most dangerous in Round 1 and slows down by Round 3. If you claimed beforehand that Yusuff would lose Round 1 to Allen but win Round 3, most fans would have scoffed and shaken their heads. And yet it happened, the perfect dark mirror image to his earlier victory against Fili.

A perceptive reader may ask whether we see the opposite, a fighter losing in a certain way only to later win in similar fashion? Certainly we do. For an old-school example, consider Gary Goodridge, who lost via head kick in 28 seconds to Gilbert Yvel at Pride 10. Sometime along the way, he was taught how to throw a head kick himself, and used it to knock out rival Don Frye in their third fight, at Pride Shockwave 2003, in just 39 seconds. Yet, I can think of fewer such examples than I can of dark mirror image fights. Perhaps this because major improvement and turning a weakness into a strength is relatively rare when compared to decline from aging, which afflicts all fighters and is responsible for many dark mirror image fights. Consider the two Weidman bouts that began this article.

And what about you, dear reader? Are there more examples of dark mirror image fights you can think of?
« Previous Fight Facts: UFC on ESPN 25 Next Kanako Murata Shares X-Ray of Dislocated Elbow Following UFC on ESPN 25 Defeat »