Some fighters take the slow-burn approach to development. Dominick Reyes was not one of them.

The Hesperia, California, native stood out on the gridiron with the Stony Brook University football team and turned to mixed martial arts once it became clear he could not make inroads at the professional level. Reyes debuted in 2014, rattled off six consecutive victories—three were of the sub-minute variety—and signed with the Ultimate Fighting Championship less than three years later. He eventually pushed his record to 12-0, emerged as the No. 1 contender for the undisputed light heavyweight crown and remains a Top 10 fixture at 205 pounds.

As Reyes awaits his next assignment from UFC matchmakers, a look at the few of the rivalries that have fueled his rise to prominence: 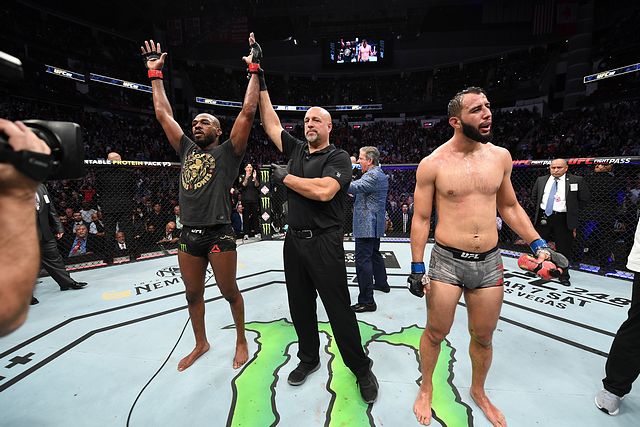 Some thought Reyes did enough to beat Jones, but the judges disagreed. (Photo: Getty Images)


“Bones” maintained his hold on the undisputed light heavyweight crown with a unanimous decision over Reyes in the UFC 247 headliner on Feb. 8, 2020 at the Toyota Center in Houston. All three judges sided with Jones: 48-47, 48-47 and 49-46. Reyes raised his profile to new heights in defeat, as he provided the champion with his stiffest test since Alexander Gustafsson pushed him to the limit six-plus years earlier. He was the aggressor for a majority of the first three rounds, managed to steer clear of danger and pelted Jones with leg kicks, body kicks and occasional head kicks, all while mixing in sporadic punching bursts. More importantly, Reyes nullified the champion’s takedown game, turning the encounter into a five-round kickboxing match. To his credit, Jones remained calm and composed under duress. He seized control in the fourth and fifth rounds, where Reyes slowed and his inexperience showed. Jones was at his best across the final five minutes, as he nailed “The Devastator” with right hands and kicks to the legs, body and head, along with standing elbows at close range. 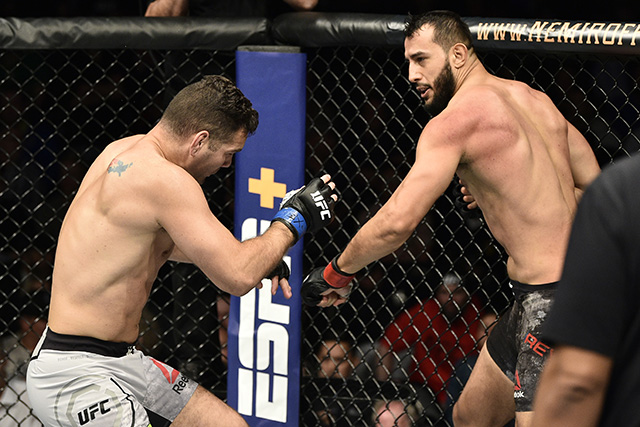 
Reyes on Oct. 18, 2019 dismissed Weidman with punches in the first round of their UFC on ESPN 6 main event at TD Garden in Boston, inching ever closer to a shot at the 205-pound throne. Reyes drew the curtain 1:43 into Round 1 and kept his undefeated record intact. Once it was clear that Weidman’s attempts to pursue takedowns were futile, the outcome became all but a formality. There was simply too much tread on his tires. Reyes remained calculated and composed, sent a nasty counter left hand plunging into the former middleweight champion’s face and set the forces in motion for another first-round finish. Weidman collapsed to the canvas, struggled to regain his wits and was met with two standing-to-ground hammerfists from the aptly named “Devastator.” 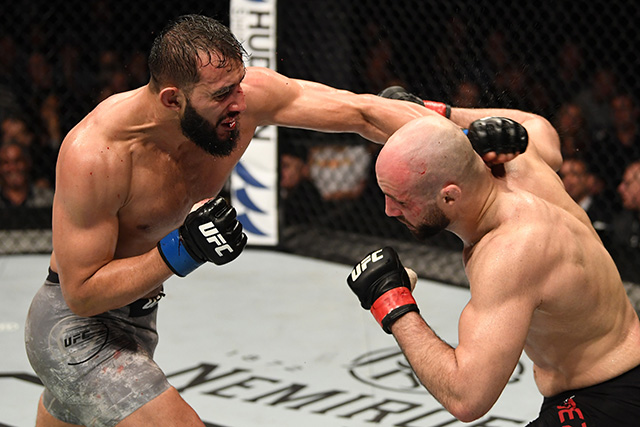 
It was a hurdle Reyes barely cleared, but he cleared it nonetheless. The Cage Combat Academy export eked out a contentious split decision over Oezdemir in a pivotal light heavyweight showcase at UFC Fight Night 147 on March 16, 2019. All three judges penciled in 29-28 scorecards: Andy Roberts for Oezdemir, Mark Collett and Paul Sutherland for Reyes. Oezdemir forced the Joe Stevenson protégé to fight off of his back foot with relentless forward pressure and strong punching combinations. Reyes focused his attack on the body, head and legs, kept his composure under duress and capitalized when the Swiss standout seemed to dial down his aggression in the third round. Though controversial in nature, the victory announced the Californian’s arrival as a clear and present danger at 205 pounds.