Tyron Woodley the mixed martial artist can only be described as an unmitigated success.

After a decorated amateur wrestling career at the University of Missouri, Woodley made his professional MMA debut on Feb. 7, 2009 and rattled off 10 consecutive victories before falling to Nate Marquardt in a failed bid to capture the vacant Strikeforce welterweight crown in 2012. The Ferguson, Missouri, native arrived in the Ultimate Fighting Championship less than a year later and struck gold at 170 pounds in just his eighth appearance inside the Octagon, becoming the ninth undisputed welterweight titleholder in the promotion’s history. Woodley went on to retain his championship on four occasions before being dethroned in March 2019.

As the Din Thomas disciple awaits word on his next assignment, a look at some of the rivalries that marked his rise through the ranks: 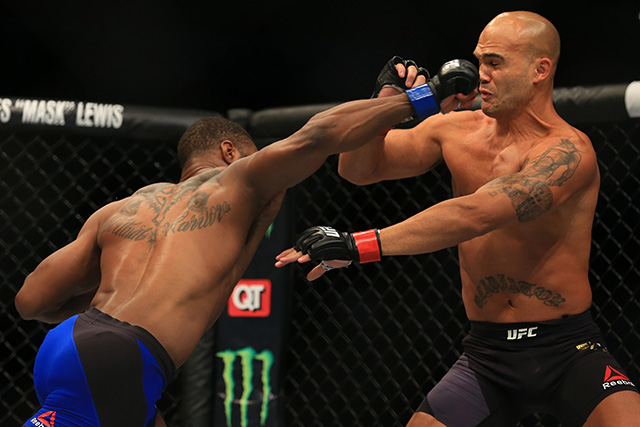 Lawler succumbed to Woodley’s power just 2:12 into Round 1. (Photo: Getty)


One lightning bolt of a right hand was all it took to knock Lawler from his throne. Woodley cut down “Ruthless Robbie” with first-round punches to capture the undisputed welterweight title in the UFC 201 main event on July 30, 2016 at Philips Arena in Atlanta. Stopped by strikes for the first time since Nick Diaz did the honors more than 12 years earlier, Lawler succumbed to blows 2:12 into Round 1. Speed was the difference. After a somewhat tepid start, Woodley floored the champion with a right hook to the jaw. Lawler came to rest against the cage, where he was met with a series of stabbing right hands that left him incapable of defending himself and forced referee Dan Miragliotta to act on his behalf. It brought an end to a remarkable run that saw the Pat Miletich protege rattle off five straight wins, two of them in “Fight of the Year” performances opposite Johny Hendricks and Rory MacDonald. 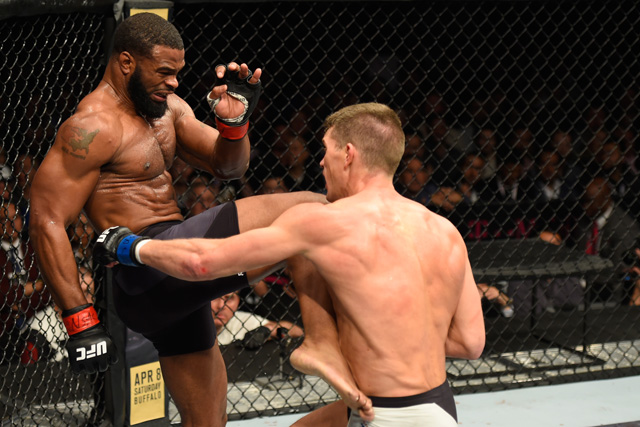 Woodley picked his spots and rode a near-finish to a majority decision in the rematch. (Photo: Getty)


Their score was left unsettled after five rounds, as Woodley and Thompson fought to a majority draw in the UFC 205 co-headliner on Nov. 12, 2016 at Madison Square Garden in New York. Judge Glenn Trowbridge scored it 48-47 for Woodley, while Derek Cleary and Douglas Crosby ruled it a 47-47 draw. The champion cut Thompson across the bridge of the nose with an elbow strike in the first round and nearly finished him in the fourth, where he wrecked the South Carolina native with a pair of devastating right hands and netted 10-8 marks on two scorecards. Though “Wonderboy” controlled the fight from distance in the second, third and fifth rounds, it was not enough to force a changing of the guard at 170 pounds.

The rematch some four months later was far less riveting but did provide some closure to their head-to-head series. Woodley picked his spots and rode a near-finish to a majority decision over Thompson, as he retained his welterweight crown in the UFC 209 main event on March 4, 2017 at T-Mobile Arena in Las Vegas. Scores were 48-47, 48-47 and 47-47. Woodley was behind the wheel for the most meaningful sequence of the fight in the fifth round, where the two-time NCAA All-American wrestler knocked down and dazed Thompson with an overhand right before swarming with follow-up punches. A finish was not in the cards, but the closing argument had been made. 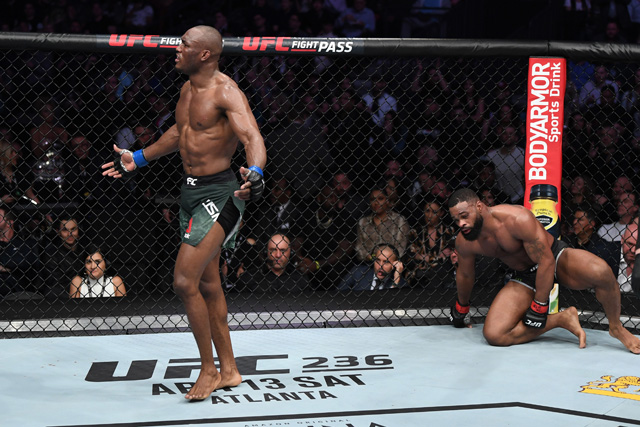 
Woodley quite simply ran into an upgraded version of himself. Usman was sensational in a career-defining performance, as he laid claim to a lopsided unanimous verdict over “The Chosen One” in the UFC 235 co-feature on March 2, 2019 at T-Mobile Arena in Las Vegas. The outcome was never in doubt. Usman abused his counterpart in the clinch, completed two takedowns, executed seven guard passes and leaned on punishing ground-and-pound. By the time the bout drifted into the championship rounds, Woodley looked like a man who had accepted his fate. Usman threatened to finish it in Round 4, where he cut loose with a volley of uppercuts and hooks along the fence. He could not have conducted business in more decisive fashion, and the statistics provide further evidence: Usman outlanded Woodley 336-60 in total strikes and 141-34 in significant strikes. Judges rendered scores of 50-44, 50-44 and 50-45, all for “The Nigerian Nightmare.”