Having the foundation of a good fight camp and management team can make a significant difference in a mixed martial artist’s career, especially in the beginning when he or she is not yet a known commodity. Unbeaten middleweight prospect Khalil Rountree no longer concerns himself with such things, as he trains alongside the great Anderson Silva at Black House in California, with Ed Soares serving as his manager.

“I’m happy with way my career has gone so far,” Rountree told Sherdog.com. “The best thing that could have happened to me was being able to go to Black House and [Silva’s] camp. At Anderson’s, I’ve trained with guys who are already with the UFC, and I can see where I stand with them on a day-to-day basis. That’s really showed me that I’m ready to be competing against a high level of opposition.”

Rountree moved to California from Las Vegas, where he was working and training. Connections through his job helped him meet Soares and get the chance to train at Black House.

After fighting in the Tuff-N-Uff organization in Las Vegas as an amateur, Rountree made his professional debut in June 2014, earning a unanimous decision over Livingston Lukow at Resurrection Fighting Alliance 15. He has since become a promotional mainstay, with all three of his pro bouts coming under the Resurrection Fighting Alliance banner. Rountree followed that decision with a 39-second knockout of Blake Troop at RFA 21 in December and took a unanimous verdict from Cameron Olsen in his most recent outing at RFA 25 in April. The 25-year-old Rountree, who has also trained extensively with former Pride Fighting Championships titleholder Wanderlei Silva, believes he has a lot going for him. 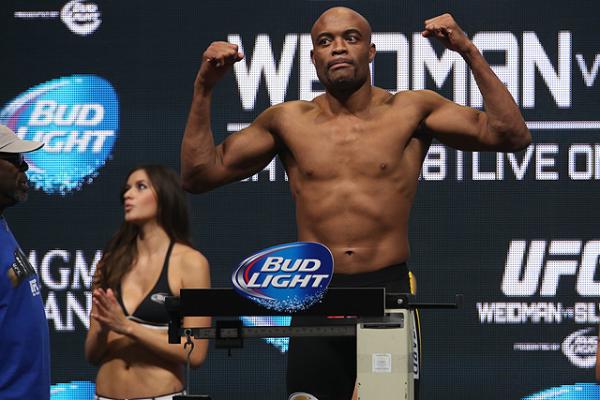 (+ Enlarge) | Photo: Dave Mandel/Sherdog.com
Silva has been a mentor.
“My strong points right now are my emotional intelligence and my instinct,” he said. “In my last fight, I’d never been so focused in a fight. As far as jitters, I don’t have any of that in the cage. I’ve started identifying everything that’s going on and focusing on what I should. I feel like I’ve grown so much in that aspect, to be able to hear the coaches and what they’re telling me to do. You may the best fighter in the standup or on the ground, but if your emotions take over during a fight, you’re not worth anything. I feel like those things have gotten so much better for me.”

Rountree thinks his ground game needs the most work.

“My jiu-jitsu is always something that can be worked on and perfected,” he said. “Even my friends who are black belts are learning stuff right now. My friends have told me that black belt is when the journey really begins. I have a lot of catching up to do there. I like exciting fights and the standup. As far as the ground game, I enjoy submissions and the art of it, but when a fight goes to ground, as a fan, I lose interest.”

Even though he only has three pro bouts under his belt, Rountree wants to sign with the Ultimate Fighting Championship sooner rather than later and feels ready for the step up in competition.

“I want to go there as soon as possible,” he said. “I don’t plan to be a fighter for the rest of my life. I’m not waiting around to get more experience. I want to see where I stand now. I’m the kind of guy who’s all-in, all the time. I’m ready to get a big paycheck. If I can get to the big show and start making a living for myself, that’d be even better.”

Rountree’s march to the UFC has been put temporarily on hold, as he recovers from a torn left pectoral muscle suffered after his victory over Olsen. A brutal power puncher with off-the-charts athleticism, he hopes to pick up where he left off when he returns.

“When I got home from my last fight, I went with my family to the lake and I tore it while I was water skiing,” Rountree said. “I guess I got tugged a little too much by the boat. I’ve been in rehab since late May and finally started light training not too long ago. I’m trying to be optimistic with it and say that I hope I’m fighting again by the end of the year.”
« Previous Sherdog Prospect Watch: Gregor Gillespie Next Sherdog Prospect Watch: Magomed Bibulatov »