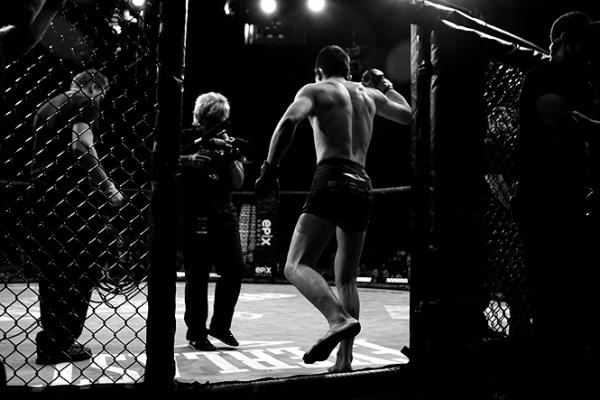 Mark Hunt and Antonio Silva worked a heavyweight two-step to the tune of a 25-minute draw on Friday in Brisbane, Australia. In the main event of UFC Fight Night 33, the pair of big men relied on dance moves based on the premise of moving forward at your opponent with little regard for your own personal defenses. With polar opposite walkout song selections, their fighting styles inside the cage were paired together in perfect harmony.

Seven months since they competed and lost in separate bouts at UFC 160, Hunt and Silva used the same entrance music for their main event matchup against each other. Hunt’s go-to music for his Ultimate Fighting Championship run has involved Hillsong United, a worship rock group based in Sydney. The track “I Surrender” blasted the New Zealand-born Hunt to the cage with a mellow praise chorus. He marched in to face Silva shirtless with no white flag in sight.

Once a follower of the Eminem walkout curse and the Detroit rapper’s motivational song “Lose Yourself,” Silva has recently turned to Grammy-nominated Brazilian reggae/rock group O Rappa for his last few UFC bouts. Silva danced his way to the cage to the beats of “Lado B Lado A,” an old-school O Rappa joint from the 1999 album of the same name. Translated to English from Portuguese, “Lado B Lado A” means “Side A Side B.” The little-known Side C to Silva’s walkout game plan involves dishing out a massive amount of significant strikes to his opponent’s face while also absorbing massive facial damage himself.

With both heavyweights staring down a potential two-fight losing skid, Hunt and Silva left it all in the cage. Silva dropped Hunt in the first round, and the “The Super Samoan” bounced back with a knockdown of his own in the third. After 25 minutes of battle, the judges seated cageside scored the fight a majority draw. With Hunt and Silva overcome with exhaustion, one of the lasting images from the UFC Fight Night 33 headliner was the long embrace between the two -- a subtle hat tip to a respected dance partner.

The undercard featured winners walking out to tracks from back in the day. Takeya Mizugaki’s undying love for Linkin Park’s song “Numb” pushed him to his fourth win in a row; highly touted Tristar Gym rookie Alex Garcia embraced the good karma from U2’s “Beautiful Day” on his way to a victory in his UFC debut; and South Carolina flyweight prospect Justin Scoggins laughed at the idea of fighters being cursed by stepping out to Eminem songs and rode “Berzerk” to impressive submission win in his first UFC fight.