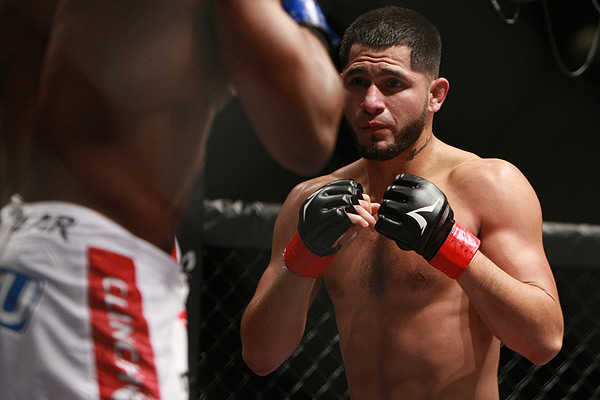 Jorge Masvidal is 5-1 since returning to 155 pounds. | Photo: Dave Mandel/Sherdog.com


Jorge Masvidal does not buy into the hype.

The American Top Team veteran will confront once-beaten Russian suplex aficionado Rustam Khabilov in a lightweight showcase at UFC Fight Night 31 “Fight for the Troops 3” on Wednesday at Fort Campbell in Hopkinsville, Ky. Some already view Khabilov as a title contender in waiting at 155 pounds, but the man they call “Gamebred” has his doubts.

A split decision loss to Ruslan Khaskhanov away from being undefeated, Khabilov will enter the cage on five-fight winning streak. The 27-year-old Jackson’s Mixed Martial Arts export last fought at UFC 159 in April, when a gruesome thumb injury suffered by Yancy Medeiros resulted in his being awarded a first-round technical knockout at the Prudential Center in Newark, N.J. Khabilov made a spectacular Octagon debut at “The Ultimate Fighter 16” Finale four months earlier, as he knocked out Vinc Pichel with a suplex and follow-up punches. Masvidal questions his level of competition.

“At this level, everybody is well-trained,” he said. “Everybody’s got their special moves that they go to, whether it be a liver shot or a triangle choke. Just stay away from where his power is and bring him into my world. I haven’t seen him fight anybody I could call a top fighter or a decent fighter. I don’t care what he’s done or to who he’s done it; he’s never fought me.”

Masvidal has recorded five wins in his past six appearances, a unanimous decision loss to former Strikeforce champion Gilbert Melendez in December 2011 the lone misstep. The 28-year-old Miami, Fla., native last competed at UFC on Fox 8 in July, when he submitted “The Ultimate Fighter” Season 15 winner Michael Chiesa with a second-round brabo choke at Key Arena in Seattle. Within days, Masvidal, who prefers to stay active, had Khabilov in his crosshairs.

“If it was up to me, I’d be in the cage at least four times a year,” he said. “I’m that type of person. I don’t like not having a fight. This is what I do for a living. I want to be in there as much as possible.”

With wins over onetime EliteXC champion K.J. Noons, former Sengoku titleholder Satoru Kitaoka and “The Ultimate Fighter” Season 5 semifinalist Joe Lauzon already in his rearview mirror, Masvidal believes he possesses all the necessary tools and experience to compete with upper-echelon fighters at 155 pounds.

“I’m just going to keep working through the ranks and just beat these guys up until my fan base gets there,” he said. “It’s not really about how talented or how skilled you are. It’s about how many people are behind you rooting for you for the title fight. Until I get that popularity, I’m just going to keep knocking dudes out and hurting them. That’s all I’m going to focus on.” 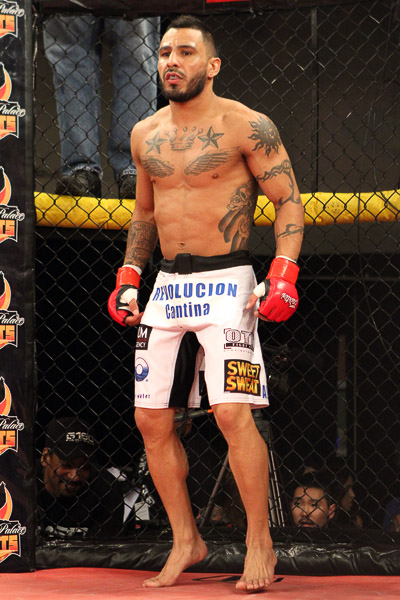 Rivera will pit his heavy hands against former two-division Rage in the Cage champion George Roop in a preliminary bantamweight battle at “Fight for the Troops 3.” The 32-year-old Californian last competed at UFC 156 in February, when he stopped Edwin Figueroa on second-round punches at the Mandalay Bay Events Center in Las Vegas. Rivera knows Roop -- who will have a four-inch height and two-inch reach advantage -- will present a unique challenge.

“George is a tall bantamweight who is probably going to try and use his long range,” Rivera said in his pre-fight interview with UFC.com. “I have been studying him, and he brings it every time. He isn't afraid to bang it out. He’s definitely going to be a tough, long, rangy guy to fight, but I will stick to the game plan and make it a fun and exciting fight for the fans.”


The Ultimate Fighting Championship has held only one other event in the state of Kentucky: UFC Live 3 on March 3, 2011 at the KFC Yum! Center in Louisville ... Tim Kennedy attended Columbia College in Columbia, Mo., earning a bachelor’s degree in criminal justice ... The first Canadian woman ever to compete inside the Octagon, Alexis Davis holds the rank of black belt in Brazilian jiu-jitsu and Japanese jiu-jitsu ... American Top Team’s Yoel Romero Palacio was a gold medalist at the 1999 FILA Wrestling World Championships in Ankara, Turkey, and captured silver at the 2000 Summer Olympics in Sydney ... Chiesa has finished five different foes with rear-naked chokes ... When Lorenz Larkin was born on Sept. 3, 1986, the top five movies at the domestic box office were “Stand By Me,” “Top Gun,” “The Fly,” “Aliens,” and “The Karate Kid Part II” ... In his five UFC appearances, “The Ultimate Fighter 14” finalist Dennis Bermudez has pocketed $150,000 in post-fight bonus money ... Bobby Green is one of eight men to have held the King of the Cage junior welterweight championship, along with Joe Camacho, Victor Valenzuela, Ricky Legere Jr., Tim Means, Tony Hervey, Derek Campos and Lowen Tyanes ... Medeiros was 10 years old when Yves Edwards made his professional mixed martial arts debut in October 1997 ... Power MMA Team representative Seth Baczynski has lost back-to-back bouts twice in his career but has never dropped three in a row ... Derek Brunson graduated from the University of North Carolina at Pembroke, a Div. II institution in Pembroke, N.C., where he was a three-time NCAA All-American wrestler ... The American Kickboxing Academy’s Germaine de Randamie holds a perfect 46-0 record in professional muay Thai.